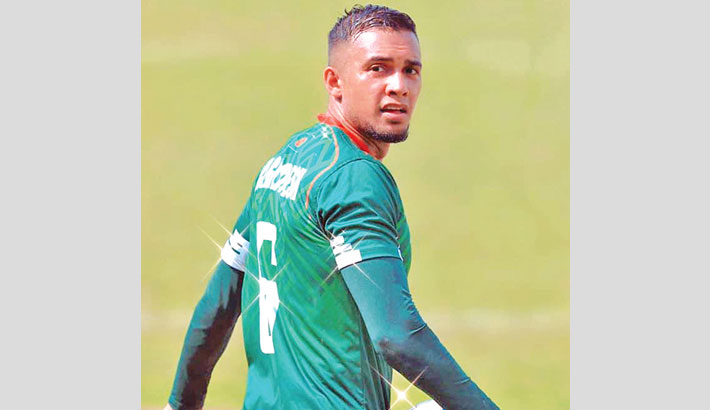 Ahead of the flight, Jamal told the reporters, “I’m leaving today (Thursday) for India. I will join Kolkata Mohammedan SC.”

I-League, which is one of the top tier leagues in Indian football, is scheduled to begin on January 9. Mohammedan SC are set to take on Sudeva Delhi FC in the opening match at Salt Lake Stadium.

The players' transfer window of the I-league was closed on October 24, but Kolkata Mohammedan signed Jamal as per an exceptional clause of FIFA. According to the clause, the club can sign those players after the end of transfer window who were free players during the period of the transfer window.

Jamal was expected to join the Kolkata based outfit on December 10. But he was tested positive for COVID-19 during the Qatar tour. Bangladesh went to Qatar to play their lone away match of joint qualifiers round two for FIFA World Cup 2022 and AFC Asian Cup 2023.

The team returned Dhaka on December 5 with a 0-5-goal defeat but the Danish-born Bangladesh captain stayed there as he felt a bit feverish. Later, he reported corona positive and was quarantined at a hotel in Qatar capital Doha under the supervision of Qatar Football Association until testing negative on Dec 19. Jamal returned to Dhaka on December 22.