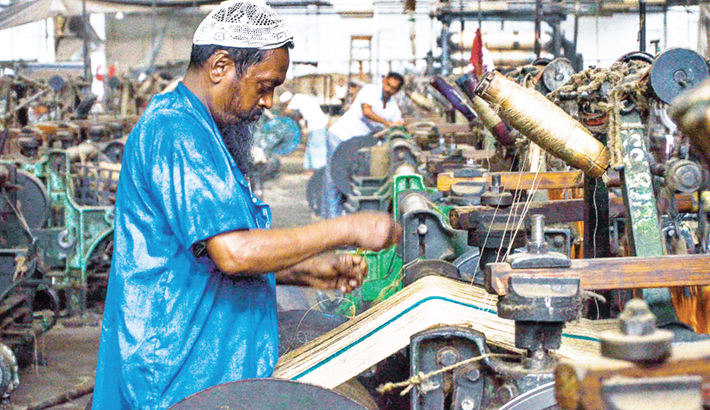 Lack of goodwil; not for financial constraints, has created present crisis of the country’s jute mills, said an organisation called Sarvajan Kotha.

They also claimed that loss-making jute mills can be profitable only by taking steps to modernize its machinery.

Leaders of the organization made the comments at a press conference held at Dhaka Reporters Unity (DRU) on Monday.

During the press conference, the organisation also published its research report on the current situation of jute and sugar mills in the country.

Presenting the report, Professor Mirza Taslima Sultana said while other countries are trying to retain the employment through huge incentives during the Corona epidemic, the government of Bangladesh has taken initiative to privatise the state-owned jute mills.

“In the process, about 25,000 permanent and 25,000 temporary workers have been laid off. Though the government assured that the jute mills would be opened soon. Even after six months, no decision has been taken to open the mills,” she added.

Besides, eviction activities have started in different mill areas of the country including Khalishpur of Khulna without paying the dues of thousands of workers.

The government itself is violating labour laws where it is not allowed to evict workers from their homes without paying their dues.

Among others, Professor Anu Muhammad, Secretary of Sarvajan Kotha also Member Secretary of the National Committee for the Protection of Oil, Gas, Mineral Resources and Ports, and Barrister Jyotirmoy Barua, a Supreme Court lawyer were also present on the occasion.