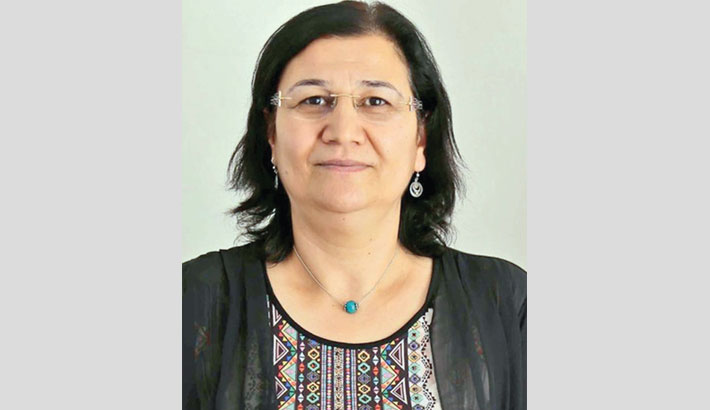 DIYARBAKIR: A Turkish court on Monday sentenced a prominent Kurdish former lawmaker who went on a months-long hunger strike to more than 22 years in jail on terror-related charges.

Leyla Guven, an opposition Peoples’ Democratic Party (HDP) deputy who was stripped of her parliamentary immunity in June, was convicted of membership of a terror group and disseminating terror propaganda for outlawed Kurdish militants, an AFP reporter said.

The 56-year-old gained international attention by launching a 200-day hunger strike in 2018 in a bid to end jailed Kurdish leader Abdullah Ocalan’s isolation by securing him access to his family and lawyers.

Ocalan’s Kurdistan Workers’ Party (PKK), which is blacklisted by Ankara and its Western allies as a terror group, has been waging an insurgency against the Turkish state since 1984 that has killed tens of thousands.

The government has jailed dozens of mayors and other HDP officials in the past year over the party’s suspected links to the PKK, which it strongly denies.