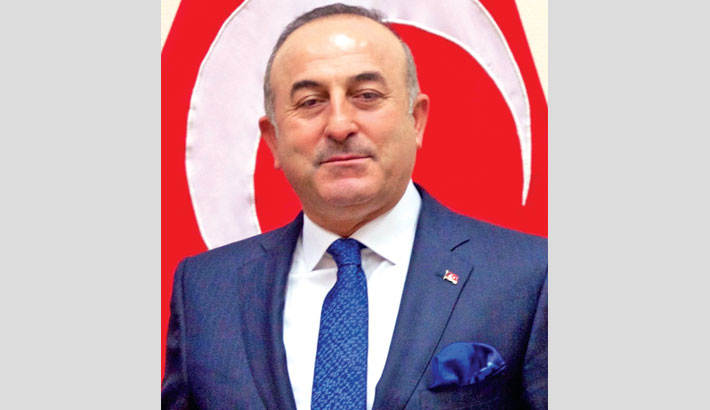 Turkish Foreign Minister Mevlüt Çavuşoğlu is expected to arrive in Dhaka on Tuesday on a two-day visit.

The Turkish foreign minister will have a meeting with his Bangladesh counterpart Dr AK Abdul Momen on early Wednesday, a senior official at the Ministry of Foreign Affairs told UNB.

The meeting will be held at state guest house Padma, and the media will be briefed about it at noon.

The two ministers are likely to join the formal inauguration of the newly built Turkish Embassy in Dhaka on the same day.

Dr Momen visited Turkey in September this year and joined the formal inauguration of the newly built Bangladesh Embassy in Ankara. Prime Minister Sheikh Hasina joined the programme as the chief guest virtually.

“We see a Bangladesh which has a very bright future. The country’s economy is growing fast like ours. Turkish investors are keen to invest in Bangladesh as it offers attractive incentives for foreign investors,” Turan told UNB.

Improving trade ties between the two countries, boosting investment, enhancing cultural and people-to-people contacts are among the priorities of Turkey in Bangladesh.

The trade volume between the two countries in the first 10 months of the current year stood at $754 million.