‘Mission Extreme’ to be released on Eid-ul-Fitr 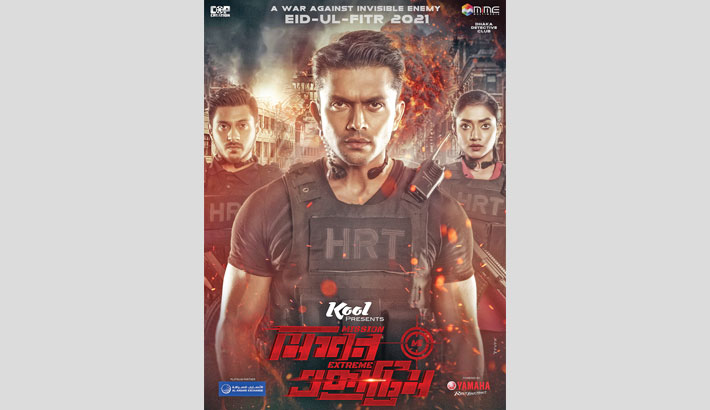 The much-talked about police action thriller film ‘Mission Extreme’ will be released on Eid-ul-Fitr in 2021. Director, producer and writer of the movie, Sunny Sanwar, officially announced the release date of the film on Saturday.

Talking about the matter, Sunny Sanwar said, “Hall owners are gradually opening their cinemas and producers are also releasing their movies. As a result we have decided to release our move ‘Mission Extreme’. As producers of big budget movies are always release their films marking    the special occasions. Eid-ul-Fitr and Eid-ul-Azha are two big festivals in our country. So we have decided to release ‘Mission Extreme’ on the occasion of Eid-ul-Fitr.”

After the success of ‘Dhaka Attack’, ‘Mission Extreme’ is the second police action thriller made under the banner of Cop Creation. Inspired by some real life missions undertaken by the CTTC, the film is jointly directed by Sunny Sanwar and Faisal Ahmed. The story and screenplay of the film were written by Sunny Sanwar himself.

Mime Multimedia and Dhaka Detective Club are the co-producers of the movie.