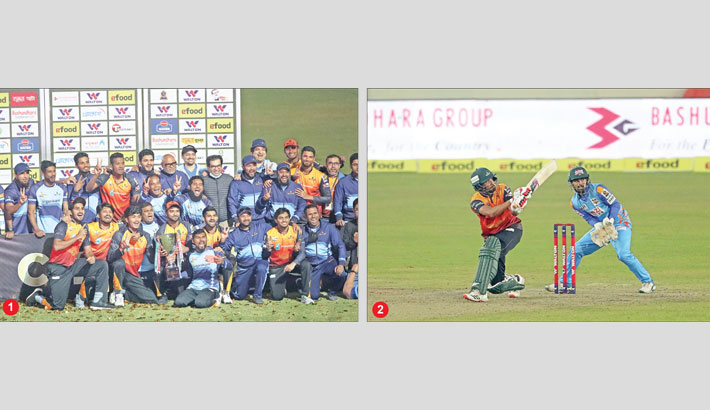 Bangladesh Cricket Board (BCB) President Nazmul Hasan Papon said that he is very impressed with the young cricketers in the ongoing Bangabandhu T20 Cup while added that they will make such a tournament a permanent fixture in their calendar.

Bangladesh T20 skipper Mahmudullah Riyad said that he is impressed with the Under-19 cricketers in the ongoing Bangabandhu T20 Cup while Bangladesh Cricket Board (BCB) Chief Selector Minhajul Abedin Nannu added that High Performance (HP) Unit members also are shining in the tournament. 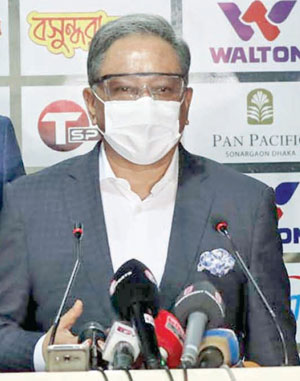 Bangabandhu Twenty20 Cup, an initiative of BCB to bring the players back into the field after a long break, has so far worked as a platform for a number of young cricketers to break away from the shadow of established veterans and get into the limelight.

The five-team T20 tournament, with its group-phase being ended on Saturday, is the second tournament staged by BCB during the ongoing COVID-19 pandemic after the fifty-over competition, BCB President’s Cup, in October.

The board went ahead with these newly conceived tournaments while ignoring regular domestic competitions to facilitate cricketers return to the field but as an unexpected positive side effect, the tournament has helped a number of exciting young talents to prove their mettle in the shortest format.

“Firstly we did not think that we could host this kind of tournament because the first tournament that we did was experimental. We were thinking about the home series against West Indies while we were thinking of hosting this tournament,” said Papon.

“For me this tournament is much more interesting than BPL. This is my personal observation because we don’t have the chance to see so many local cricketers at the same time,” told Papon.

“We have spoken in the board and thinking on how to keep this tournament in the calendar,” he said.

“A lot of young cricketers impressed me a lot and this is the biggest success of the competition,” he added.

The centurions’ list of the tournament currently consist of three names namely Nazmul Hossain, Parvez Hossain and Mohammad Naim, none of whom are regular starters in the national team.

Parvez, who was part of Bangladesh’s Under-19 World Cup winning team, became the fastest T20 centurion for Bangladesh with a 42-ball hundred, a record previously held by Tamim Iqbal.

“Overall, we had a great tournament. I am impressed with Under-19 players. The way they played with courage, sense and did well in bowling and fielding is quite impressive. I feel it will increase the competition also,” said Mahmudullah.

Nazmul, who led Minister Group Rajshahi in the tournament, finished third in the run-getters list with 301 runs, behind Tamim and Liton Das, but won’t get a chance to catch up with them as his team failed to make the cut for play-offs.

Naim, who has played in six out of Bangladesh’s last eight T20Is, returned to feature in the final group-stage game on Saturday with a hundred after an underwhelming start.

Mahmudullah said that whoever performs well will have a chance in the national dressing room.

“I feel whoever will perform well, should get a chance in the playing XI. Well, they have played inspirational cricket and I feel this has inspired everyone. I feel if we could play competitive cricket it will have a positive impact,” he said.

Anisul Islam, a 23-year-old opener playing for Rajshahi, rose out of obscurity and surprised everyone with his aggressive batting at the top of the order, scoring two quickfire fifties and forging the highest partnership for any wicket in Bangladesh, a 131-run opening stand with Nazmul.

“Young players are doing well. We are searching for specialist players for T20s. T20 format is more suited for young players. Here many players from domestic circuit, who don’t get a chance in BPL (Bangladesh Premier League) due to overseas recruits, are playing,” said Minhajul.

Naim, Parvez, Towhid Hridoy, Akbar Ali and Shoriful Islam were all part of the High Performance (HP) Unit’s camp held following the President’s Cup and Minhajul felt the HP training helped them perform even better in the tournament.

“HP camps are conducted to prepare a generation of players. A lot of work has been put into the HP Unit. If four-five players from this group can play in the national team, it would be great,” he concluded.