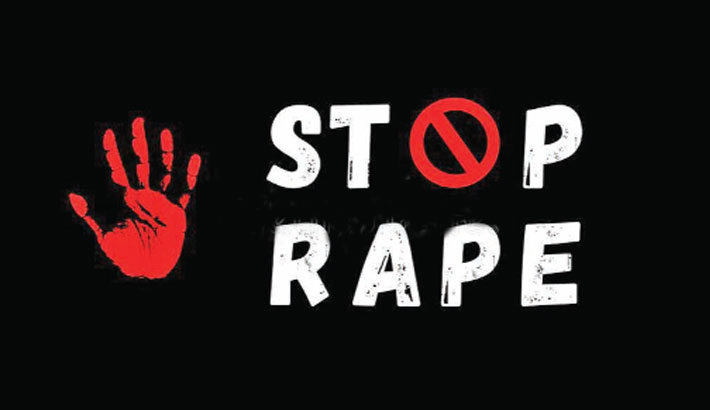 Police arrested seven people on charges of gang-raping a woman at Kapasia upazila in Gazipur district on Friday.

According to the case statement, the victim, mother of one child, was visiting her father's house in Kapasia on Thursday. Prime accused Sakhawat asked her to meet him at Naraidartek Karaitola on Thursday. When she went there at around 9:30pm, Sakhawat along with seven others raped her, said the SI.

A case has been filed in this regard, said Farzana Yasmin, assistant superintendent of police (ASP) of Kaliganj circle.

The woman has been sent to Shaheed Tajuddin Ahmed Medical College Hospital for medical tests, she added.

Meanwhile, a 50-year-old man has been arrested for allegedly raping a minor girl repeatedly over the past one month, police said Friday, reports UNB.

The accused has been identified as Dulal Mia. He and the 13-year-old rape survivor are from the same locality in Aminbazar. The alleged crime came to light on Thursday when the minor complained of abdominal pain and subsequently narrated her ordeal to her parents, following which they approached the police.