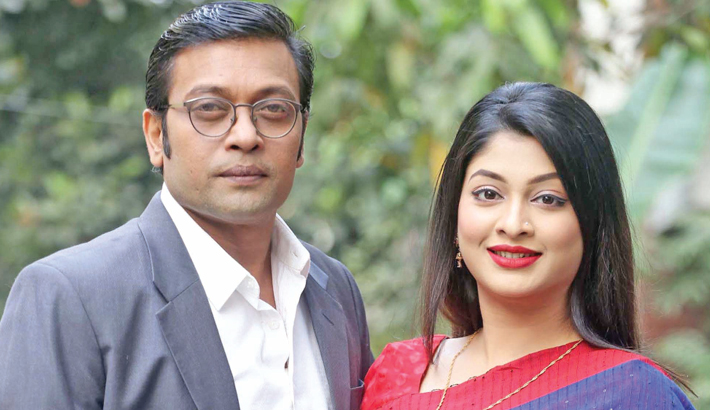 The TV play has been written by Shekhabur Rahman Shekhab and directed by Ruman Runi. The shooting of the Valentine’s Day special drama has been completed at different locations in capital’s Uttara area.

About the project, Milon said, “The story of the drama is unique. Director Runi has tried his best to bring out the story as flawlessly as possible. Earlier, I’ve worked with Sarika in several projects. She is very serious about acting now. I hope the audience will like our chemistry.”

Sarika said, “I’ve acted with Milon bhai before. But, it is my first work with Ruman Runi. He has made this drama with immense care. I hope the play will be enjoyable for the viewers.”

‘Bondho Dorja’ will be aired on a satellite TV channel on the occasion of Valentine’s Day, said  Ruman Runi.

Apart from this project, Milon has worked in Runi directed another TV drama ‘Ek Fali Rood Tomar Shohore’. He will be seen opposite Swagata in the drama. The tele play will be aired on Channel i on 25 December.