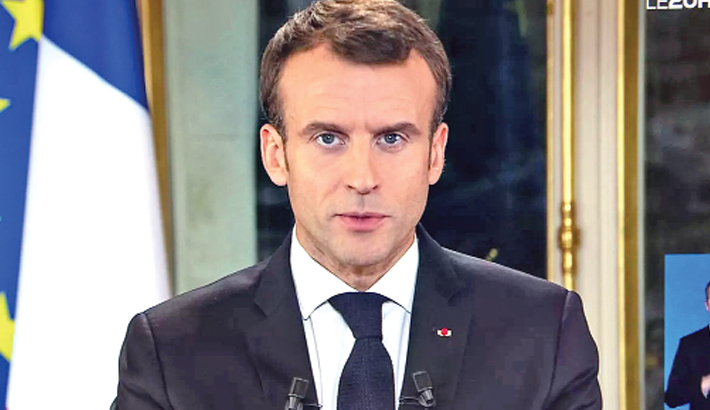 He is one of several world leaders who have contracted Covid-19, including British Prime Minister Boris Johnson and US President Donald Trump.

Macron was tested after the “onset of the first symptoms” and will now, in accordance with national regulations, “self isolate for seven days,” his office said in a statement.

“He will continue to work and carry out his activities remotely.” The result comes at a tricky time for Macron as he seeks to handle the pandemic crisis in the own country while keeping a close eye on talks for a Brexit trade deal and a host of other international issues.

Macron had notably attended an EU summit in Brussels last week and also on Monday was personally present at a conference in Paris organised by the Organisation for Economic Co-operation and Development (OECD).

The president of the European Council, Charles Michel, who was also present in Paris for that meeting, has entered self-isolation, his spokesman said.