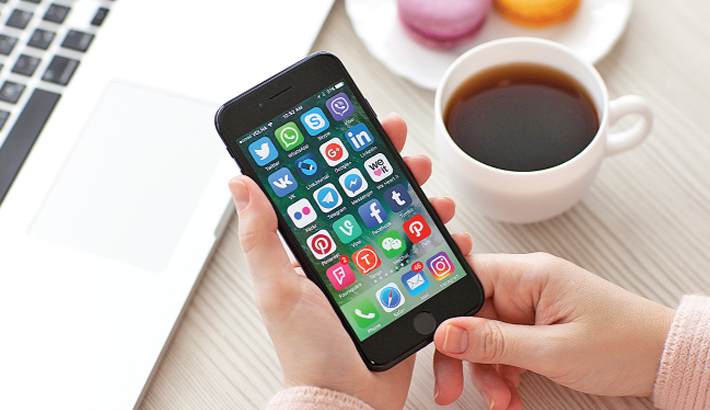 Whoever possesses a smartphone is in a possession of power. He can be a photographer, videographer, journalist, conversationalist and what not! Smartphones, considering it as a boon, is transforming almost all aspects of modern life into data. We cannot deny the fact that we are truly, essentially and even unnecessarily plugged in. Unnecessarily, because nowadays many evil-minded and unethical people discreetly capture the privacy of unsuspecting people without their consent. This is crime as it violates other’s privacy. People can ruin one’s life without any arms and ammunition. A few apps and a smartphone are more powerful than any material weapon.

Recently, the Rajshahi incident has grabbed our attention. Many youngsters have already protested against the humiliation of the lady who smoked a cigarette in a public place. It is not a matter of health or environmental pollution, rather the matter is deeply rooted in gender discrimination. That’s a different angle of the story on which I am not willing to focus today. My kingpin is on the use of a smartphone. The man who insulted the lady invaded their privacy. But the one who recorded this video also made her identity public. I admit that without this evidence we would not get to know what actually happened. Still when a woman’s face and identity are made clear by blurring everything else, it definitely is not okay. The abuser could hardly be seen. The focus of the camera was on the woman and the woman only. So, visually interpreting, the video was recorded to show a woman’s “so-called vice”, not to show public’s offensive behaviour.

This incident, which is not trivial at all, has made me more aware of my own surroundings. I see everything with a doubtful mind. I look at every stranger with suspicion. Even when I go out with my husband and find anyone holding a smartphone vertically against us, I suspect and even mildly charge whether the other one is recoding our moments or not. It has been easy to overlook and ignore the ethical aspects of using a smartphone. However, the panoptical and voyeuristic sight and devilish mentality of the people made me dubious.

It starts with recording a video or taking a snap and ends with cyber bullying which makes life miserable. Thankfully, our grandmother generation did not have this panoptical device around them. Otherwise, their afternoon sessions of playing card and smoking “churut” would doom them down as they had to face public scrutiny. So, a female smoking in public is not the problem, but recording the moment and making it viral are.

There are more ethical issues regarding the use of smartphones. At times, a smartphone can turn us into dumpish and fool creatures. Children and young adults are using smartphones more than the previous generations. It is a matter of concern as they do not even bother to know and understand the “smartphone etiquettes”. Smartphones are smart enough to make the children stupid. They tend to cheat more in examinations. It is an easy way out to use phones on campus during the test. Since the smartphones are portable and light weighted, they can easily hide them inside their clothes, under their pants and where not!

Smartphones are full of distractive features. If we do not know how to use them effectively, we will fall into the maze of illusions and addiction. There is an option for taking screenshots. It also invades privacy. Someone shares a private comment in a group which he/she considers his/her own. But there are hidden, masked and smiling enemies everywhere. One may take a screenshot and show it to others to degrade the honour of the commenter. There is a subtle animalistic madness in witnessing the downfall of others. The joy is compulsive and addictive which comes through a smartphone.

We are obsessed with this device as it has turned out to be a compulsion. Anything that is compulsive, obsessive and addictive is ruinous for our ethical understanding. When we cannot limit the usage of smartphones, it makes us toxic and ultimately unethical. We smoothly and unknowingly erase the fine thin line between the ethical and the unethical. This is why we share unwanted screenshots, voice messages and personal texts in public.

We need to understand and respect people’s privacy. We must record a video when something wrong is going on. But while turning the camera on, our perspective should be clear and purposeful. When an incident like the smoking incident takes place, it is important to show the face of the abuser, not the victim. Yes, the lady was victimized both verbally and virtually. While posting a photo and video on Facebook and other social sites, we need to check cyber bullying.

Moreover, limiting the use of certain distractive apps is also important to remain ethical in using smartphones. Omitting is not the right way to get rid of these obstructions. Any sort of omission, suppression and repression can be dangerous. It is better to limit than to omit. Feeding the brain with the apps is like feeding a whole lot of junkies to the body. Junk foods ignite taste bud and often changes mood for good. Still, the body needs positive and nutritional food to survive a more sustainable, healthier and happier life. Therefore, the brain must be provided with good food for thought, not the addictive ones.

Privacy and ethics in the age of smartphone is a major concern. People are very busy to get together and gossip in real life. This is why they meet virtually, share data and make it viral. When a date violates others’ privacy, it is unethical. Smartphone is a blessing of technology. We should use it consciously and sensibly. Only then we will be able to enjoy the ultimate and smart fruit of being a smartphone user.