Victory Day from a Foreign Perspective 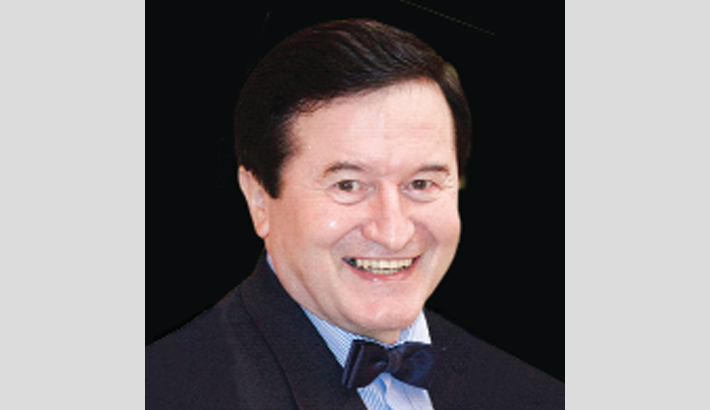 As 2020 draws to a close, we look back with disappointment, sorrow and grief thrust upon us by the Covid-19 pandemic. We lament at not being able to celebrate, as we would wish, the long-awaited 100th anniversary of the birth of Father of the Nation, Bangabandhu and not celebrate Victory Day, as we would like or as it deserves.

If we are mindful of the fact that all celebrations begin in our hearts, however, then our loss is minimised. The celebration goes on within us regardless of outward interferences.

Bangladeshis the world over, have every reason to celebrate Victory Day in 2020, even if only in their hearts. In 1971, history was made that will never be forgotten and will enrich all future generations.

The Bangladesh people told the world it had had enough; it had had all the suppression it can take, and were prepared to die to unleash its crippling chains. Sadly, many did die or were maimed: all are heroes.

In 2004, during one of my frequent visits, Sheikh Selim, MP gave me an English-language version of the speech delivered by Bangabandhu at Suhrawardy Udyan formerly known as Ramna Race Course Maidan in Dhaka. Two million people stood under the blazing sun, listened to the great man speak and were inspired beyond their imagination.

When they left home that day, no doubt their minds were filled with other thoughts. When they returned, there was only one thought – independence.

Words are singularly the most powerful force available to humanity. They’re alive with energy, power, and the ability to encourage and inspire beyond individual expectations. The Bangabandhu speech is evidence of their immeasurable potency.

A simple, but sincere ‘I love you’ can generate miraculous change to the human mind. The golden words spoken with passion on that day triggered the action that motivated people to rebel and inspired the birth of a nation – Bangladesh.

In 2014, the rousing historic March 7 speech was included in the UNESCO Memory of the World International Register, which lists the world’s most important documentary heritage. In my opinion, UNESCO should apologise for being so late. The evidence of is brilliance existed back in 1971.

I’m proud to say (interpret as, boast!) to have recognised its rare fine qualities in 2000, upon my very first sighting. I immediately went about capturing and encapsulating its magnificence in a tribute poster for people of all nations… of all religious and political persuasions, to appreciate and admire for its sheer brilliance.

The poster has won many hearts and much admiration in Bangladesh and worldwide since then. It is seen by some as the unofficial Proclamation of Independence of Bangladesh and hangs in the Bangabandhu Museum, Awami League HQ, the offices and homes of European royalty, and leading politicians of Bangladesh, America, Ireland, England, Canada, Spain and India.

As a political neutral, but an ardent Bangabandhu admirer; I was thrilled to become the first foreign citizen invited to deliver a speech about Bangabandhu alongside his daughter, Prime Minister Sheikh Hasina at a Bangabandhu tribute evening.

While the nation may not celebrate Victory Day in public, their heartbeats (the music of life itself) will no doubt be heard in thunderous unison, as it ought.

If Bangladesh was worth dying for to create, then it must be worth living for to maintain.

The writer is a former newspaper and magazine publisher and editor, a Bangabandhu admirer, and a loyal foreign friend of Bangladesh.