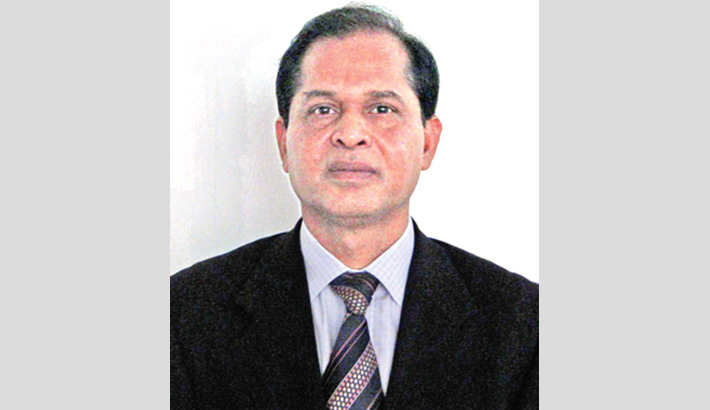 When Bangabandhu Sheikh Mujibur Rahman arrived at Abu Dhabi Airport on 18 December 1974 morning on a three-day official visit to the United Arab Emirates, he was given a red-carpet reception. At the airport, he was received by the President of the UAE Shaikh Zayed bin Sultan Al Nahayan. The two leaders embraced each other. Bangabandhu was also welcomed by 21-gun salutes once he came down from the aircraft. After visiting the guard of honour, he was introduced to the dignitaries at the presentation line.

Apart from holding a number of meetings with the President of the UAE, Bangabandhu had attended the dinner hosted by the UAE President as well as a reception organised by the expatriate Bangladeshis working there.

In the afternoon of 18 December, Bangabandhu called on the UAE President at the Mashref Guest Palace. The meeting was between the two leaders only and they discussed issues of bilateral interest, particularly the long-term economic cooperation between the two countries.

The official meeting between the two countries was held on that evening. During the meeting, issues of mutual interest covering bilateral and international, especially economic cooperation, were discussed in detail. Their discussions had also emphasised important international issues, the situation in the Middle East and Bangladesh’s efforts in normalisation of relations between the countries of the sub-continent. Their talks were held in an environment of great cordiality, mutual confidence and brotherly understanding.

Expressing the sincere brotherly feelings of the people of Bangladesh towards the President and the people of the United Arab Emirates, Bangabandhu said that Bangladesh was confident that the UAE would extend its hands of cooperation to its friends and brothers realising the present difficulties and future prospects of Bangladesh.

Both leaders expressed their country's full support for the just struggle of all peoples of Asia, Africa and Latin America, against the forces of imperialism, colonialism, apartheid and racialism. In this context, they congratulated the heroic people of Guinea-Bissau on the achievement of independence and expressed their hope that other struggling peoples of Africa would also realise their political and economic aspirations soon.

The two sides decided to continue their efforts in the United Nations, the Non-aligned Movement and the Islamic Conference, and other international forums towards the promotion of their common objectives.

Bangladesh and the United Arab Emirates reiterated their support for the establishment of a Zone of Peace in the Indian Ocean area in accordance with the Declarations of the Non-aligned Conferences at Lusaka and Algiers, and the resolution adopted by the United Nations General Assembly.

Reviewing the recent situation in the Middle East, the two leaders reaffirmed their total support and solidarity with their Arab brethren in their just struggle to regain all the Arab territories under illegal Israeli occupation and for the restoration of the full national rights of the Palestinian people. They welcomed the decisions of the Rabat Summit Conference and the outcome of the deliberations of the 29th session of the United Nations General Assembly as being important steps towards a just and lasting peace in the region.

They reaffirmed that the principles enunciated at the Islamic Conference and those of the Non-aligned countries to which both the party were committed, played an essential role in current international affairs and contributed to the establishment of a just international order based on peaceful co-existence, respect for sovereignty and territorial integrity of all countries and promotion of peace, understanding and progress.

The two sides exchanged views on the ongoing international economic situation and expressed their concern at the growing disparity of income between the industrialised and the developing countries. They emphasised the urgent need of bringing about necessary changes in the existing inequitable economic order and in that context, called for the speedy implementation of the resolutions and declarations of the Fifth Special Session of the United Nations General Assembly held in April 1974.

Bangabandhu outlined the developments in the South-Asian sub-continent since the emergence of Bangladesh and apprised the President of the UAE of the steps taken by Bangladesh towards the normalisation of relations between the countries of the region. Both sides agreed that all efforts should continue to resolve the outstanding issues between Pakistan and Bangladesh for the mutual benefit of their respective people.

Father of the Nation Bangabandhu Sheikh Mujibur Rahman paid high tribute to President Shaikh Zayed Bin Sultan Al-Nahayan for his dynamic foreign policy of promoting close cooperation and understanding among the Arab countries, Muslim countries and the countries of the third world. Bangabandhu also expressed his profound sense of admiration for the all-round development achieved by the people of the UAE. Bangabandhu deeply appreciated the enlightened policy of the President for extending economic and other assistance to the developing countries.

The two leaders, after reviewing the bilateral relations, expressed satisfaction at the steady development of close and friendly relations existing between the two countries since their meeting at the Islamic Conference in February 1974. Bangabandhu expressed his appreciation for the continued brotherly interest of the UAE President in the welfare of the people of Bangladesh.

On 18 December, the UAE President hosted a state banquet in honour of Bangabandhu.

On 19 December, Bangabandhu went to the city of Al-Ain, 175 km from Abu Dhabi. When the motorcade of Bangabandhu was passing the streets of the city, which was decorated with the national flags of Bangladesh and the UAE, people standing on the roadside gave him a hearty welcome. He visited all the historical places located there including the museum.

The two delegations, once again, met for an official meeting on 19 December. At that meeting, Bangladesh and the UAE reached a consensus on the question of broad-based long-term and short-term economic cooperation. The fields of cooperation included a number of joint-venture projects and a commitment to help Bangladesh pay its loans. The projects included setting up a fertiliser factory in Chittagong, a limestone extraction project and a cement factory at Joypurhat. In addition, joint initiatives would be taken to build a shipbuilding project in Bangladesh and a jute mill in Abu Dhabi. Besides, Bangladesh proposed to the UAE to set up an oil refinery in Chattogram, for which the UAE would also supply crude oil.

At the end of the meeting, an agreement was signed between the two countries on providing long- and short- term loans to Bangladesh.

In the afternoon, Bangabandhu Sheikh Mujibur Rahman attended a reception organised by the expatriate Bangladesh nationals at the Mashreq Palace. He talked to them and enquired about their problems and well-being. Bangabandhu informed them that the ongoing crisis was temporary and his government was trying its best to change the fate of the people.

He said that the Bangalee nation had a bright future. However, Bangabandhu alerted them to be careful of those who were working against the independence of the country. Urging them to be inspired by patriotism, he said that they could contribute to the development of their motherland. It was not possible for the government to change the fate of its people so quickly with limited resources.

Bangabandhu advised them that their work and behaviour should be appreciated as it would reflect the image of their country. He expressed his expectation that the Bangalees living in the United Arab Emirates would actively participate in the economic and social lives of that country and would contribute, if it was even too little, to the development of this friendly country.

On 20 December, at the end of his three-day visit to the United Arab Emirates, Bangabandhu Sheikh Mujibur Rahman gave a television interview on the eve of his departure for Bangladesh. In that interview, Bangabandhu confidently assured that Bangladesh would always stand by the Arab brothers. He said, “The people of Bangladesh have suffered indescribable adversity. Form this feeling we support the just struggle of the people of Palestine.”

Bangabandhu expressed his country’s solidarity with the struggling peoples of Asia, Africa and Latin America. He said, “Bangladesh is always with the oppressed peoples since Bangladesh have also fought against colonialism and achieved independence at the cost of three million lives.”

In the interview, Bangabandhu mentioned that Bangladesh had released 93,000 Pakistani prisoners of war including 195 against whom there were charges of genocide. He said that Bangladesh did everything possible to ensure the normalisation of relations between the countries of the sub-continent. He expressed the hope that Pakistan would also respond to this agreeable intention and would return the share of its assets to Bangladesh.

After a three-day visit, Bangabandhu left Abu Dhabi for his country on 20 December. The President of the United Arab Emirates Shaikh Zayed Bin Sultan Al-Nahayan bade farewell to Bangabandhu at the airport. While boarding the plane, he stood by the stairs and embraced Bangabandhu. There was a 21-gun salute to honour the departure of the Prime Minister of Bangladesh. Earlier in the day, Bangabandhu and the President of the United Arab Emirates performed the Juma (Friday) prayer together at the Grand Mosque.