Govt to get Tk 17.25bn foreign loans for stimulus packages 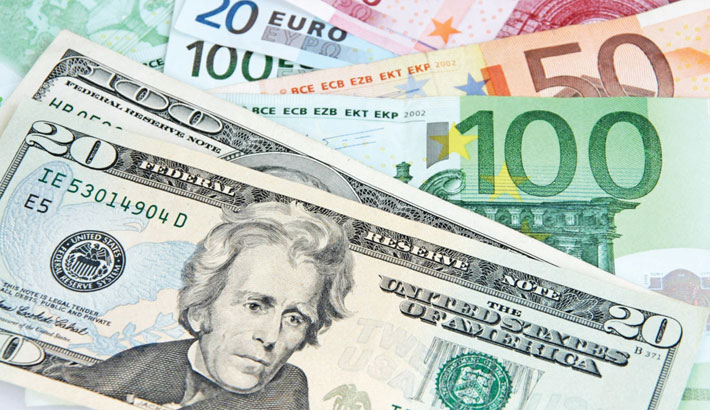 The government is going to receive nearly Tk 17.25 billion in loan support from two development partners to implement the Covid-19 incentive packages.

MoUs have been signed with the European Union and OPEC Fund for International Development with regard to this.

Economic Relations Finance Division has recently been informed about the loan through a letter, sources added.

Jobless and poor workers of the export-oriented apparel industry, leather goods and footwear industry will get Tk 3,000 cash incentive per month for three months from the loans.

The loan will be spent under an incentive package which will start from this month, finance ministry officials informed.

“The incentive package will play a key role in economic recovery if it is implemented properly. The EU is providing support for food and social protection,” said European Union (EU) Ambassador to Bangladesh Rensje Teerink.

She said this while taking part in a meeting on the incentive packages held at the ministry of finance on Thursday.

“Corona pandemic has created a crisis in the labour market that has left many people jobless while poverty is also on the rise. So, support is needed for this,” he said.

She informed that the EU is providing Tk 11.30 billion support to the vulnerable workers of four export-oriented sectors.

In the context of the possibility of the second wave of the virus, global and local economic recovery might be a daunting task. And at the same time, implementation of incentive packages is going to be challenging, Finance Secretary Abdur Rouf Talukder told the meeting.

The government is trying to start negotiation with new development partners alongside the existing partners to collect funds to implement its incentive packages announced to recover from Covid-19 pandemic, he informed.

A total of 21 packages of Tk 1.21 trillion loans have so far been declared, of which Tk 336.03 billion is being provided from the budget, while 887.50 billion will be provided from local banks and foreign loans.

The government is also facing challenges of loan distribution from the incentive packages as still Tk 666.65 billion is yet to be disbursed.

Bangladesh has so far received $2.03 billion or Tk 172.55 billion from development partners as budget support which is being utilized on incentive packages and covid-19 emergencies.

ERD is now in negotiation with different development partners to collect the rest of the money.