Another Victory within Many Victories 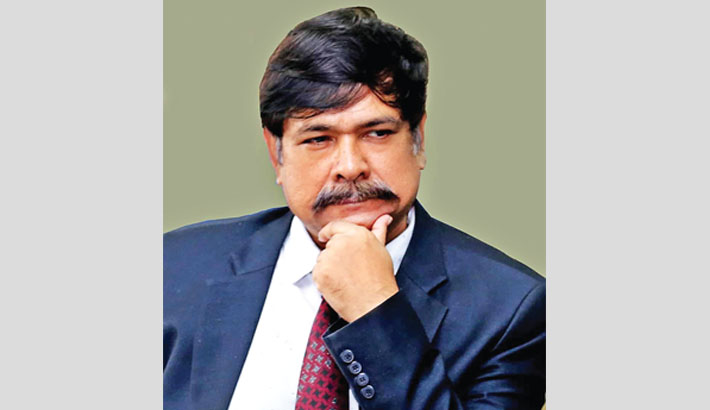 At long last, putting an end to all rumours, discouragements and despair, blithely ignoring the naysayers and defying all the odds and obstacles, the much-coveted Padma Bridge has come into view. As the 41st and the last span has been installed connecting both sides of the mighty Padma, the long body (6.15-kilometre) of the double-layer steel truss bridge stands visible to the naked eye like a metallic python gliding over the strong currents of the river. The largest ever bridge on the River Padma now exists in Bangladesh. The dogs barked, but the caravan moved on and reached the destination in the Month of Victory (December) in 2020. Neither the annoying dog-barks nor the unrelenting onslaught of corona contagion could put a stop to the inevitable. The longest road-rail bridge on the continent of Asia and the 25th longest in the world has come into existence in the ordinary course of events. But it’s a dream come true. And the dream has been fulfilled at such a time when the whole nation is celebrating its 50th Victory Day. And added to it is the year-long celebration of the birth centenary of the Father of the Nation Bangabandhu Sheikh Mujibur Rahman. So, the birth of the Padma Bridge is wonderfully synchronous with the celebration of the 50th Victory Day and the 100th birth anniversary of the Greatest Bengali Bangabandhu Sheikh Mujibur Rahman. This is sure a victory within many victories.

It was really a long-cherished dream of the people of riverine Bangladesh to build a gigantic bridge on the mighty river Padma to connect the capital with the southern part of the country. The Father of the Nation Bangabandhu Sheikh Mujibur Rahman also dreamt of a number of multipurpose bridges in the country during his term in office, but he could not fulfil the dream for obvious reasons. Later the building of Bangabandhu Bridge alias Jamuna Bridge and the public utilities created by it necessitated building the Padma Bridge. And the onus was on the worthy daughter of the worthy father. 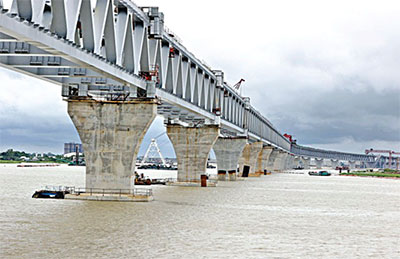 No sooner had the mega project of the ‘Padma Multipurpose Bridge’ aka ‘the Dream Bridge’ of Bangladesh begun, people experienced a major stumbling block as the donor consortium—the World Bank, Asian Development Bank, Japan International Cooperation Agency, and Islamic Development Bank quite preposterously withdrew themselves from financing the project due to alleged charges of corruption conspiracy which later proved completely baseless and the trial resulted in an acquittal at an Ontario Superior Court. The accused including the ex-communication minister Syed Abul Hossain had pleaded not guilty.

All this happened because Sheikh Hasina did not accept this national ignominy lying down and vehemently resented World Bank’s highhanded manner and big-brotherly attitude. She rose to the occasion and gave voice to the domineering outlook of the donor consortium. To her utter disappointment with their holier-than-thou attitude, Sheikh Hasina took up the challenge. She took back the credit application and declared against the beggar mentality and urged her people to stand on their own feet. And there were planted the seeds of our self-confidence which has finally given birth to today’s Padma Bridge.

The new mega bridge on being fully functional by mid-2021 is expected to bolster the economy of the country by directly connecting the capital to twenty-one southern districts through roads and railways. This will help strengthen the trade and commerce of the country’s southern part increasing the possibility of opening fresh industries and change the fate of 40 million people of the southwest region in particular and 170 million in the country in general.

Apart from that, the bridge will further improve regional trade and collaboration along the Asian highway No. 1 and the Trans-Asian Railway Network. The much longed for bridge is sure going to be a gateway to our economic aspirations and will encourage the pursuit of inclusive growth for Bangladesh.

Much to the delight of the nation on this 50th Day of Bangladesh’s Victory, the most challenging construction project in the country’s history has been materialized. The person who made the impossible possible is none other than Sheikh Hasina, our worthy premier. She had the guts to defy the World Bank’s credit embargo, fight legal battle against the big boys, and manage to build the biggest ever bridge in our country all by herself with our own resources. The magnificent bridge standing on the mighty river Padma is a symbol of the nation’s pride and joy and the sign of our self-confidence, progress and prosperity. Sheikh Hasina is the sole responsibility for the project and it is the finest feather in her cap. We want this BRIDGE to be named after the name of the country’s paramount leader at the moment – JONONETREE SHEIKH HASINA.