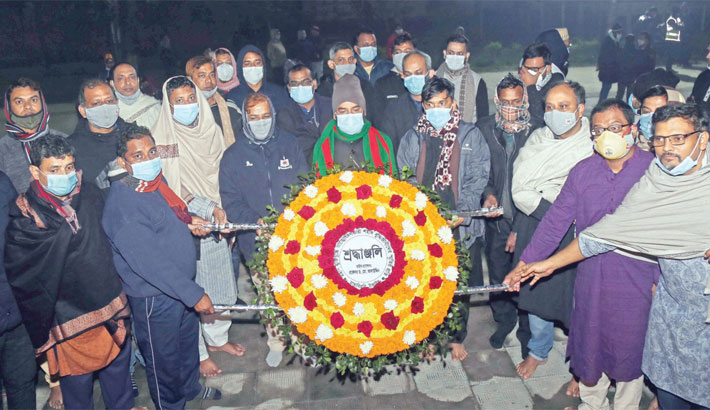 BSS adds, in Khulna: People from all walks of life here on Monday observed the Martyred Intellectuals Day paying rich tributes to the intellectuals who were killed by the Pakistan occupation forces and their local collaborators at the dawn of country’s Liberation War in 1971.

Leaders and activists of different political and socio-cultural organisations, government, non-government organisations and educational institutions placed wreaths at the pavement of martyred memorial in the city in the early hours of the day.

The observance began with placing wreaths at the ‘Shahid Muktijoddha Smritistambha, hoisting of black flag and national flag at half-mast atop all public and private buildings followed by other programmes since the morning in the metropolis.

In Rajshahi: Various political, socio-cultural and volunteer organisations side by side with educational institutions including Rajshahi University observed the Martyred Intellectuals Day here on Monday paying rich tribute to the martyrs together with conveying deep sympathy to members of the bereaved families. 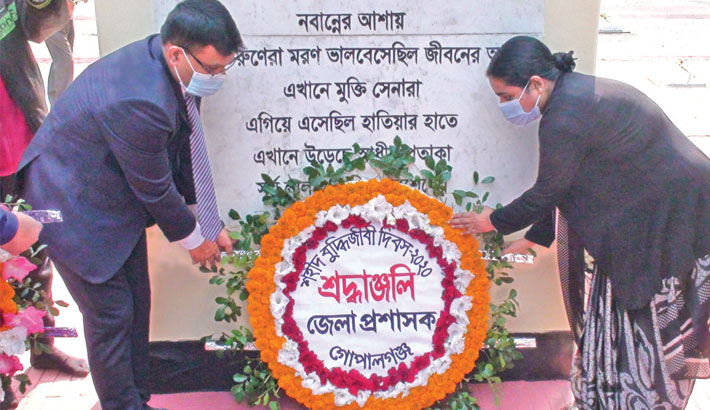 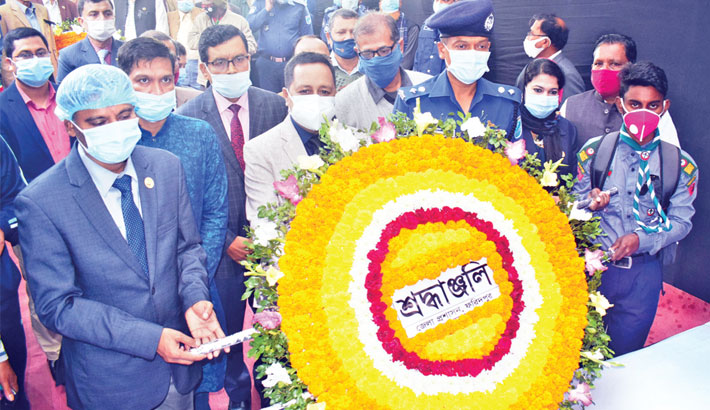 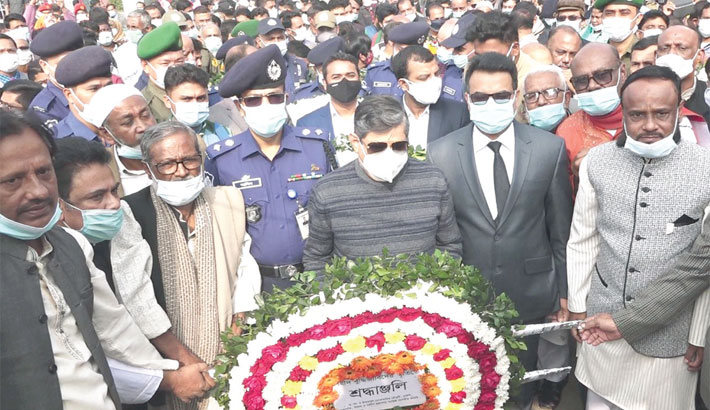 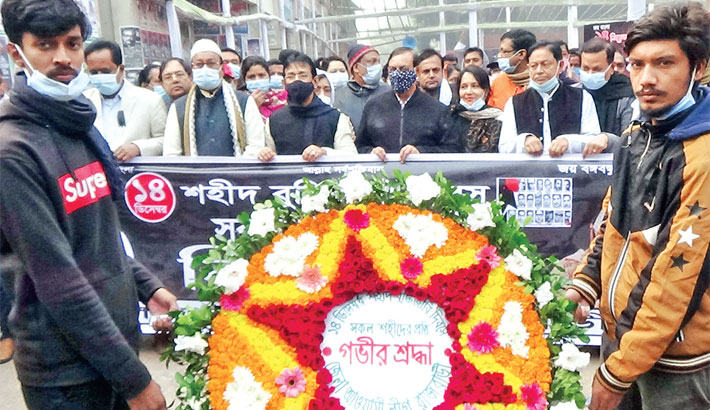 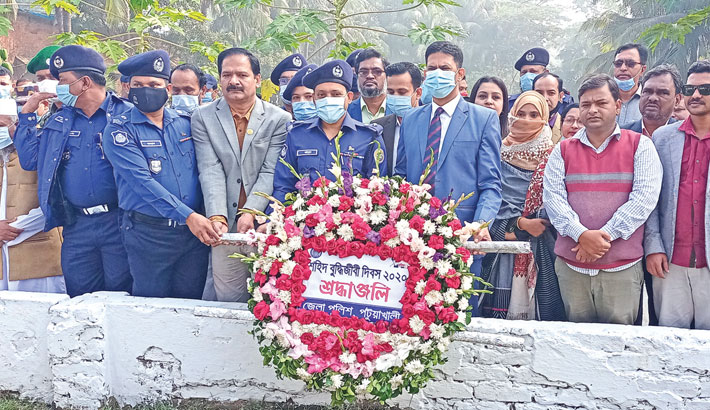