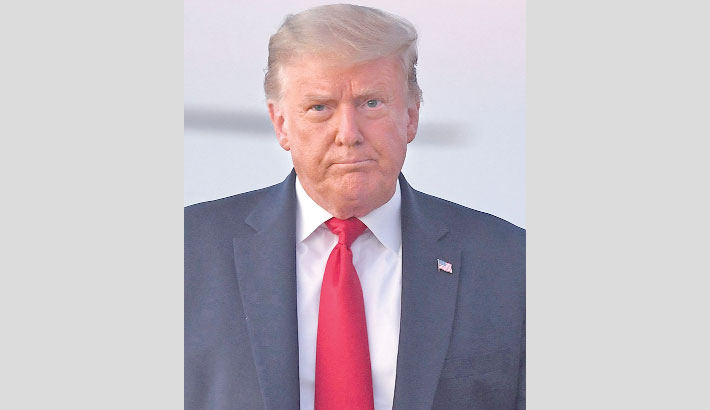 WASHINGTON: US President Donald Trump says he has reversed a plan for White House officials to receive a coronavirus vaccine in the coming days, reports BBC.

Officials said senior members of the Trump administration would be among the first to get the Pfizer/BioNTech jab.

But Trump later tweeted that people working at the White House “should receive the vaccine somewhat later... unless specifically necessary”.

The US will begin its roll out of the vaccine on Monday.

The vaccine offers up to 95 percent protection against Covid-19.

The first three million doses are being distributed to dozens of locations in all 50 states across the US. The first shipment of those doses left a facility in Michigan on Sunday, with health workers and the elderly in line to receive the first shots.

News on Sunday that White House staff would be among the first to be vaccinated drew criticism on social media. It was not clear why Trump decided to change the plans, or what effect it would have on the government’s efforts to protect top officials.

Coronavirus deaths have been rising sharply since November in the US, with a world-record daily increase of 3,309 reported on Saturday.

The vaccine’s rollout has been framed as a turning point in the coronavirus pandemic, which has taken the lives of almost 300,000 people in the US.

The Food and Drug Administration (FDA) said its emergency-use authorisation of the vaccine, announced on Friday, was a “significant milestone” in the pandemic, after it came under intense pressure from the Trump administration to approve the jab.

Doses of the same vaccine are already being administered in the UK. The Pfizer vaccine has received regulatory approval in Canada, Bahrain and Saudi Arabia as well.

The beginning of the vaccination drive in the US comes as the Electoral College - the system which elects US presidents - is set to endorse Joe Biden’s victory on Monday.