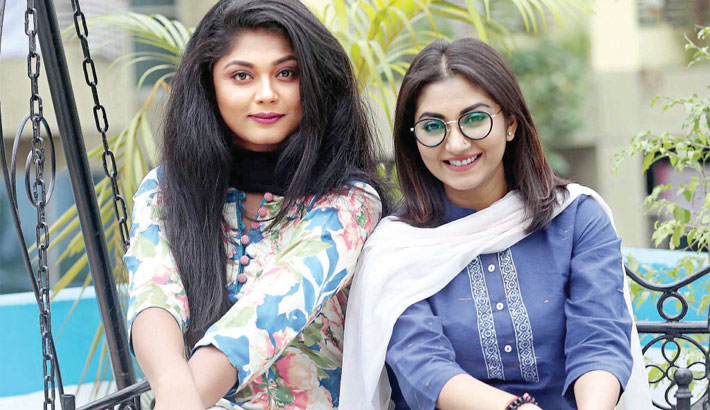 The 150th episode of the popular drama serial ‘Tolpar’ will be aired on RTV today.

Written by Zakir Hossain Uzzal and directed by Musafir Rony, the play has gained popularity among the viewers for its amazing story and making quality.

About the play, Shoshi said, “I’m portraying the character of Tamanna who has come from Rangpur. Though, I’ve joined the cast of the serial lately but I’m enjoying it very much. It’s my first work with Moushumi Hamid. She is very friendly and co-operative.”

Moushumi Hamid said, “This is my first project with Musafir Rony. And I love acting with Shoshi apu. I’m enjoying working in the serial. The serial is centered on a female hostel. I’m happy that we are getting much love from the audience for the drama.”

Musafir Rony said, “I’m overwhelmed by the audience’s response for ‘Tolpar’. I’m grateful to all the cast and crew of the drama serial.”

The drama is being aired on RTV at 10:00pm from Friday to Monday in a week.