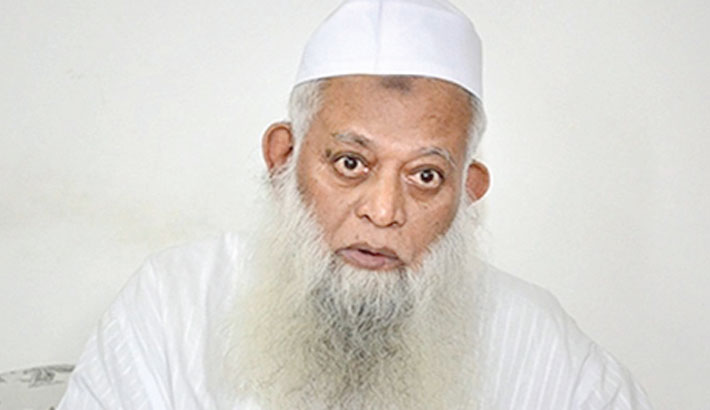 Hefazat-e-Islam Bangla-desh Secretary General Nur Hossain Kasemi passed away while undergoing treatment in a hospital in the capital on Sunday.

Kasemi had been suffering from respiratory problems and other old-age complications.

He was admitted to the hospital on December 1 and was shifted to Intensive Care Unit on Thursday as his condition deteriorated.

He left behind his wife, two sons, two daughters and a host of relatives and well-wishers to mourn his death.

Kasemi was also the secretary general of Jomiat-e-Ulama-e-Islam, an ally of the BNP-led 20-party alliance.

He became the secretary general of Hefazat-e-Islam at its council at Hathazari Madrasa in Chattogram on November 15 after the organisation’s top leader Shah Ahmad Shafi died on September 18.

Before taking over as the secretary general, he served as the chief of the Qawmi madrasa-based platform’s Dhaka city unit.