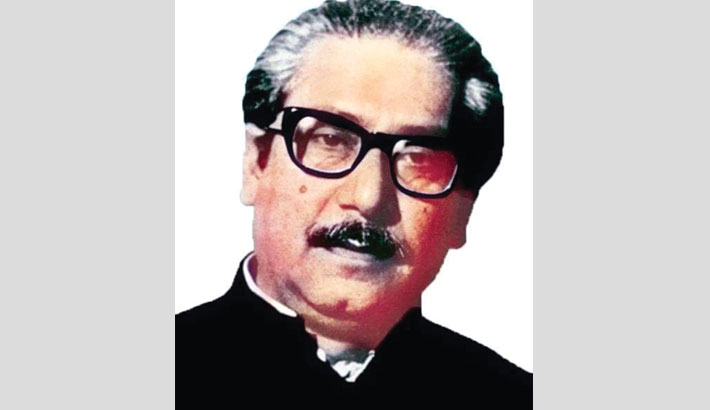 In a move to honour Bangladesh’s founding father, the United Nations Educational, Scientific and Cultural Organisation (UNESCO) has decided to introduce a prestigious award in the name of Bangabandhu Sheikh Mujibur Rahman.

The name of the award is “UNESCO-Bangladesh “Bangabandhu Sheikh Mujibur Rahman” International Prize in the Field of Creative Economy.”

UNESCO introduced international awards in the name of 23 famous individuals and institutions and this is for the first time that it introduced such award for a Bangladeshi and widely respected personality.

The award will be given every two years and the prize money will be US $50,000. It will be given for the first time in November next year at the 41st General meeting of UNESCO.

UNESCO Executive Board adopted Bangladesh's proposal of establishing the prize at the 210th virtual session on December 11 after the UN agency's Joint Meeting of the Programme and External Relations Commission and the Finance and Administrative Commission approved it on December 9. The first segment was held from December 2-11 virtually.

The massive recognition comes as the nation is celebrating the birth centenary of the Father of the Nation Bangabandhu Sheikh Mujibur Rahman through yearlong programmes and also preparing for the 50th anniversary of Bangladesh’s Independence in 2021. Talking to reporters at his office on Sunday, Foreign Minister AK Abdul Momen said the UNESCO International Award will help spread the ideology of Bangabandhu globally with further internationalisation of his work, life and achievements.

He said Bangladesh and Bangabandhu are one and unique which was reflected in the name of the award. “This award will play a role in branding Bangladesh and boosting its image globally," he added.

It also recognises the necessity to encourage women in the creative economy, in line with UNESCO's global priority gender equality, and that the prize will create a knowledge-sharing mechanism by capturing, celebrating and communicating best practice in the development of creative entrepreneurship.

Foreign Minister Momen said this is for the first time any UN agency introduced an international award in the name of Bangabandhu. He said the UNESCO having 193 member states finds culture as the powerful element in building peace and harmony in which Bangabandhu believed.

The document containing the decision has been uploaded on UNESCO website for the Executive Board, the Foreign Minister said.

Having unflinching faith in the power of culture to build and sustain peace and social cohesion, the Foreign Minister said Bangladesh tabled a proposal to institute a prize titled “UNESCO Bangladesh Bangabandhu Sheikh Mujibur Rahman International Prize" for the Creative Economy.

The Ministry of Foreign Affairs sent a proposal to Prime Minister Sheikh Hasina and it was sent to UNESCO through Bangladesh Mission in Paris upon approval from the Prime Minister in August 2019, he said.

Through introducing this award in Mujib Borsho, the UNESCO directly joined the celebrations of birth centenary of Bangladesh’s founding father.

It may be mentioned that in 2017, the UNESCO enlisted Bangabandhu's March 7 speech in "Memory of the World". Earlier, in 1999, the UNESCO honoured Bangladesh by declaring February 21 as International Mother Language Day.

On behalf of Bangladesh, Ambassador of Bangladesh to France and Permanent Delegate to UNESCO Kazi Imtiaz Hossain conveyed deep appreciation to members of the Board who have conveyed their support to the proposal.

Bangladesh says it is strongly committed to multilateralism and believes, through building and harnessing partnership and working in concert, they can successfully overcome present and future challenges, no matter how daunting they may be.

The UNESCO-Bangladesh Bangabandhu Sheikh Mujibur Rahman International Prize for the Creative Economy will create a knowledge-sharing mechanism by capturing, celebrating and communicating best practice in the development of creative entrepreneurship, according to UNESCO document.

The Prize reflects Bangabandhu’s early work as a youth change-maker and his belief in gender and social equity and youth empowerment.