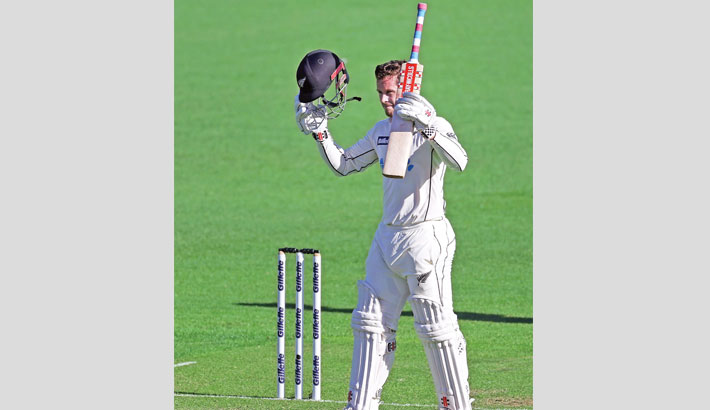 New Zealand’s Henry Nicholls rode his luck to post a crucial century as the hosts, weakened by the loss of Kane Williamson, survived a shaky start to reach 294 for six on day one of the second Test against the West Indies on Friday.

Nicholls, 29, survived multiple dropped catches at Wellington’s Basin Reserve as he snapped a 21-month string of low scores with his sixth Test century.

At stumps, Nicholls was 117 not out with Kyle Jamieson on one. From being on the ropes at three for 78, Nicholls said New Zealand now considered 400 would be “a good result”.

New Zealand won the first Test inside four days on the back of Williamson’s towering 252, but they are now playing without their talismanic captain who is on paternity leave awaiting the birth of his first child.

It was left to Nicholls to prop up the innings, but he had to survive dropped catches and even a technical malfunction, when a broken stump mic prevented a review, to bat New Zealand out of a hole.