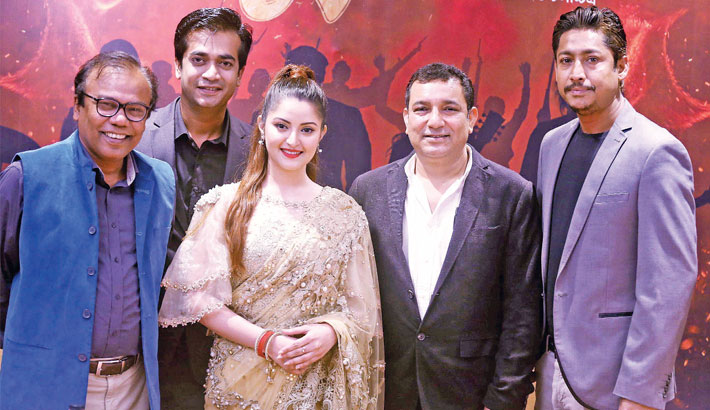 Tauquir Ahmed is one of the talented film directors of the country. He won the Bangladesh National Films Award in 2004 as a director for the film ‘Joyjatra’. He also honoured with various international awards. Now, the actor-turned director will begin shooting for his new film ‘Sfulingo’ at a location in Gazipur from today.

‘Sfulingo’ is the seventh directorial venture of Tauquir Ahmed. Versatile actor of this generation Shamol Mawla will play the lead role in the film while popular actress Pori Moni and national film awards winning artiste Zakia Bari Mamo will be seen opposite Shamol Mawla.

Talking about the film, Tauquir Ahmed said, “It was initially scheduled to begin filming in early months of this year which was postponed due to coronavirus pandemic. Finally, the film goes on the floor today. The story of the film revolves around music bands related to the universities of the country and their member’s the conception about Bangabandhu. Actually, the film will present the ideals of Bangabandhu to the young generation.”

Shamol Mawla said, “I’ve wanted to work with Tauquir bhai for a long time. Finally, my dream came true. I will try my best to portray myself according to the character in the film.”

Pori Moni said, “I’m very happy that I will work under the direction of Tauquir bhai. Tauquir bhai is a talented director. In this, time my only duty is to complete the shooting properly.”

Tauquir Ahmed is an architect and actor, turned director in both television and cinema in the country. His films won many international and national awards, including, Bangladesh National Film Awards in the Best Director, Best Screenplay and Best Story categories for the films Joyjatra (2004) and Oggatonama (2016).

Tauquir started his career as a lead-actor in romantic role in early 1980s. Many of his dramas broadcast on BTV at that time. Ahmed came out as a film director by making Joyjatra, Rupkothar Golpo, and Daruchini Dip.

Tauquir married actress Bipasha Hayat on 23 July 1999. He is the son-in-law of legendary actor Abul Hayat.