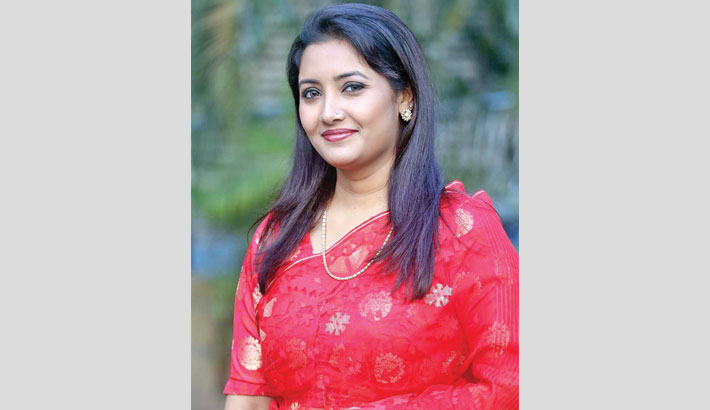 Farhana Salam is a popular news presenter of a private television channel. She has been presenting news on ATN Bangla for the last 12 years. Besides, a news presenter she is a recitation artiste, scriptwriter and singer.

In recent time, Farhana has written story and script for the movie ‘Black and Star’ directed by Raisul Tamal. The shooting of the film will begin in March next year.

Farhana said, “Earlier, four plays written by me have been aired on different television channels. For the first time I have penned script for a film. It’s amazing that my story will be shown on the big screen. I’m very much happy about that.”

Currently, Farhana is the senior news presenter of ATN Bangla. After completing Honours and Masters in Accounting from Eden College, Farhana Salam joined BCIC as Assistant Manager in 2013. She also got an award for encouraging female journalism from ‘Bhasha Andolan Gobeshona Kendro O Jadughor’ in 2016.