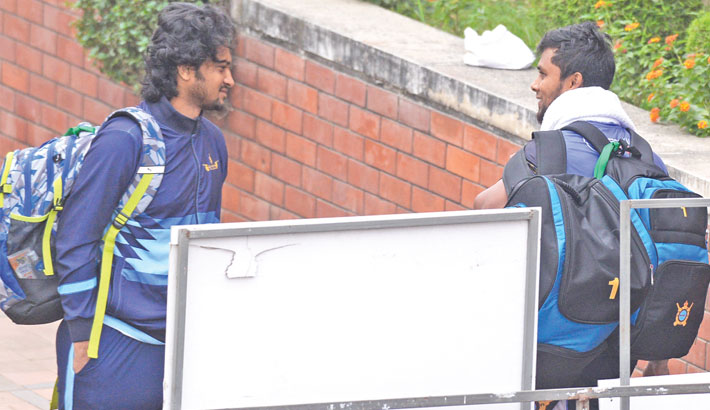 Beximco Dhaka are looking to make sure they claim a berth in playoffs as they take on Gemcon Khulna in their Bangabandhu T20 Cup match at Sher-e-Bangla National Cricket Stadium in the capital today. The match is scheduled to commence at 12:30pm.

Mushfiqur Rahim-led Dhaka is currently on a three-match winning streak following their three straight defeats and they will hope for another victory to seal the last four spots. In case of a defeat, their chance to seal the playoffs won’t be ruined given that they have another game at hands. Dhaka currently has six points in six games.

Gemcon Khulna with eight points from seven games however had already confirmed their last four spots alongside Gazi Group Chattogram who are at the top of the table with 10 points.

In the meantime, in a bid to keep their hopes alive for the playoffs of Bangabandhu T20 Cup, Fortune Barishal will take on Gazi Group Chattogram at Sher-e-Bangla National Cricket Stadium today at 5:30pm.

Despite their victory in a high-scoring battle against Minister Group Rajshahi in the last match, Barishal is languishing at the bottom of the table with four points from six games.

Minister Group Rajshahi has also four points but they are in fourth place due to better run rate. However what is the advantage of Barishal is that they played one match less than Rajshahi and so they have the chance to amass eight points if they win both of their games. Rajshahi on the other hand, has no chance to collect eight points.

However, still Barishal can’t afford to be relaxed given that a defeat could destroy the momentum they achieved after an epic victory. Rajshahi amassed 220-7 thanks to a 54 ball-109 from Nazmul Hossain Shanto but his century was trumped by Parvez Hossain Emon’s 42 ball-100, the fastest by any Bangladeshi batsman in T20 Cricket, and Barishal won the game overhauling the target with 11 balls to spare.

The victory is a confidence booster for the remaining matches of the tournament, said Barishal captain Tamim Iqbal.

“ The way Rajshahi batted, they didn’t make many mistakes but we are excellent in batting on this day. Youngsters should be credited for this,” Tamim said, adding that his strategy to go on berserk against Farhad Reza was key to win the game.

“Actually I went berserk on Farhad Reza in an over which changed the momentum of the game. I think after that the game was in our favour.”