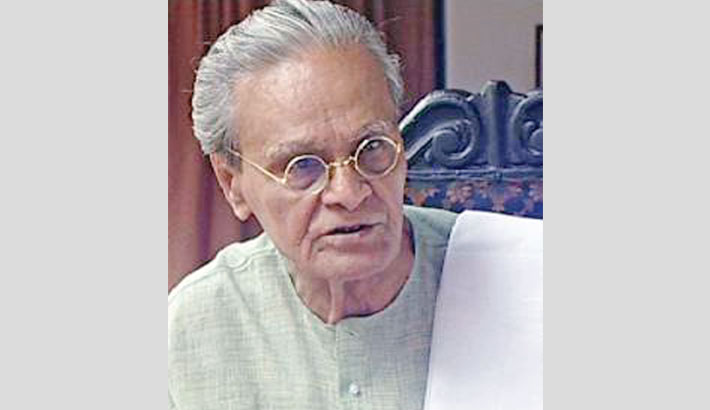 Veteran Indian actor Monu Mukherjee, one of the most versatile actors of Bengali entertainment industry, has passed away on Sunday. He breathed his last after suffering from a massive heart attack, reports Times of India.

The actor, who played ‘Machlibaba’ in ‘Joy Baba Felunath’, wasn’t keeping well since long. He was suffering from geriatric issues too. The news has left every deeply saddened.

Chief Minister Mamata Banerjee has also expressed her deepest grief. Many other actors from film and television industry have paid homage to the departed soul.

Actors Sarmistha Acharjee, Bhaswar Chatterjee and many others took to their social media handle to express their grief.

Bhaswar, who shared the screen with the late actor, shared a photo on his social media and paid homage to the departed soul.

Known for his brilliant performance, Monu Mukherjee had worked with many legendary directors including Satyajit Ray. He was equally eloquent on stage just like he was in front of the camera.

He started his career as a prompter and gradually started acting in theatres. His performance in ‘Kkhudha’ caught attention. The senior actor made his debut with ‘Neel Akasher Niche’, directed by legendary filmmaker Mrinal Sen.

Over these years he has been a part of many films like, ‘Ashani Shanket’, ‘Ganashakti’, ‘Mrigaya’, ‘Patalghar’ and many others. He was also been a part of TV shows like ‘Poush Phaguner Pala’, and tele-films.