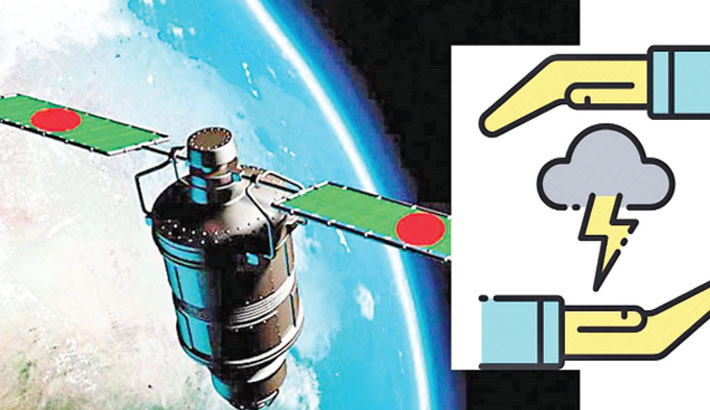 Satellite-based insurance is emerging as a new tool to help merginalised farmers get back on feet following damaging floods or droughts. The technology remotely monitors conditions on the ground, and provides information to verify claims.

With extensive on-the-spot checks not needed, the costs can be kept within the budgets of even very poor farmers. Five years ago, most farmers in Bangladesh would not have heard about insurance, let alone used it to cover their risk from damage to crops by bad weather.

However, in 2015, Green Delta Insurance Company (GDIC) launched the country’s first weather-based crop and livestock insurance, which we slowly expanded to cover some 45,000+ farmers. One challenge we faced was accessing the high-quality data needed to fully understand risk from flooding events and to verify claims.

But a partnership with the Sri-Lanka-based International Water Management Institute (IWMI) led to the development of a flood insurance product based on newly available high-resolution satellite data. Following successful trials in 2019 and 2020, GDIC now hopes to scale up its weather-based insurance offerings to cover 100 thousand farmers by 2021.

Bangladesh’s low-lying, flat topography makes our nation particularly vulnerable to flooding. In a normal year, approximately 20 to 25 percent of the total land area is flooded, with more extensive inundation not uncommon.

Bangladesh’s smallholder farmers, many who live within the vast river delta formed where the Brahmaputra, Ganges and Meghna rivers meet, are particularly vulnerable to such events. GDIC’s weather-based crop and livestock insurance was designed to have a social impact by safeguarding farmers against climate change, so providing cover for flooding was critical.

GDIC and IWMI began developing the flood-based insurance in 2018 where the rearchers used 250m by 250m data from National Aeronautics and Space Administration MODIS satellite to map inundation on a daily basis from 2001 to 2018.

The scientists validated the model using water-level data from the Bangladesh Water Development Board and European Space Agency Sentinel-1 SAR satellite data. Insurance experts at GDIC, working closely with farmers and partners, then designed pay out conditions around anticipated timings and levels of flooding, potential crop damage, wages and other socioeconomic factors. The sum insured was set at 140 US dollar.

And they were entitled to 50 percent of the sum if the inundation affected at least 50 percent of the area for this period. Claims were easily verified directly from the satellite images. Two weeks later, eligible farmers received payouts directly to their bank accounts.

Two further tests were conducted earlier this year, this time covering three districts: Gaibandha, Sirajganj and Kurigram. In partnership with Oxfam and with financial support from Bangladesh’s Ministry of Finance, farmers were first covered for damage from excessive rainfall occurring during the dry season between end of April and end of May.

Our pioneering work with IWMI and other partners shows that index-based flood insurance can be replicated across other regions of Bangladesh, to cover both smallholders and casual workers, using the same public-private partnership model.

And it can be scaled out to include all farmers, given an enabling data and policy environment. For example, with accessible satellite data, the insurance could be extended to cover a range of natural hazards, encompassing cyclones, droughts and coastal inundation.

Meanwhile widening access to finance and information can ensure illiterate and women farmers would not be left out. Such support would make index-based weather insurance an invaluable tool for reducing risk to smallholders from climate change, and underpinning the resilience of the food-production sector.