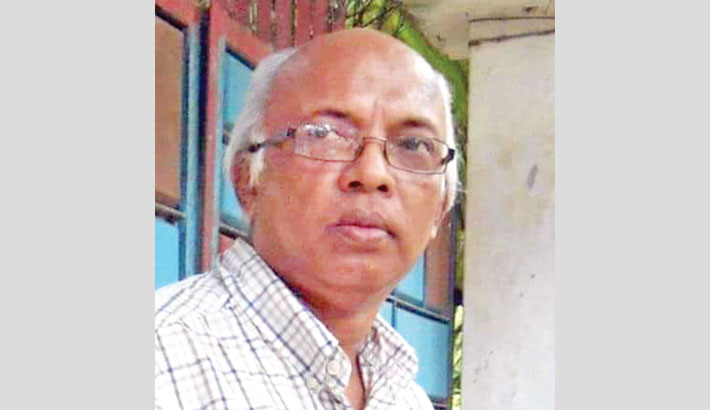 The government has let it be known that it will be updating the list of freedom fighters. Additionally, it will be preparing a list of the Bengalis who collaborated with the Pakistani occupation forces during the War of Liberation.

To the first point first, that of a list of freedom fighters. The fact that nearly half a century after the liberation of Bangladesh we still reflect on the need for a list of those brave sons and daughters of the soil who trekked off to the fields of war to free the land speaks volumes about our collective failure to properly honour these soldiers of freedom. Even so, we will hope that this time round, it will be a full, proper and historically acknowledged list of freedom fighters that we will have as we move toward the fiftieth anniversary of Bangladesh’s emergence as a sovereign nation.

The wheat must be separated from the chaff. Those of us who witnessed the triumph of the Mukti Bahini in December 1971 know too of the nefarious elements who, having contributed nothing to the war and instead spending time in the occupied country, quickly managed to acquire false Muktijoddha certificates once the occupation army surrendered at the Race Course in Dhaka. These transgressions were made possible by the fact that whole bunches of certificates bearing the signature of Col MAG Osmany suddenly made themselves available, the consequence being the rise of a group of young men who ended up being in possession of these certificates.

For the government, therefore, it will be a tough job identifying these false freedom fighters after all these decades. But that does not detract from the fact that it is a job that must be done through methods that are painstaking as also time-consuming. Let there be no hurry. For the administration, the work is simply cut out. It should have teams ready to visit all the unions and all the upazilas of the country, the objective being to meet with our ageing freedom fighters or, in instances where they are deceased, their families and collect detailed information on them.

There are scores, perhaps hundreds of freedom fighters who have never sought certificates and have in these forty nine years eked out a bare living in poverty and in engaging in extremely humble occupations. It is these patriots who must be located, discovered anew and their exploits brought to light. You see these freedom fighters operate little tea stalls in villages or work in humble hotels in the city before going back home to their hamlets at the end of the day. And there are the physically ailing muktijoddhas whose ability to care for their families has been diminished by illness or lack of opportunity.

Let these freedom fighters, in addition to those who have already been registered, be focused on. And with that comes a need to identify and expose those men who, holding senior positions in the government, have attempted a falsification of their age in order to peddle the lie that they too went to the war. These men will certainly not be on the list, but the administration owes it to the country to publicly shame these men, as also the collaborators who somehow manipulated some influential people into having themselves reinvented as ‘freedom fighters’, in order for the record to be set straight.

And now to that other critically important matter of a listing of all those Bengalis who felt no compunction in defending and working for the Yahya-Tikka-Niazi junta in 1971. There are all the rightwing politicians whose predatory activities we have not forgotten. What we now need to do is to explain to the country the nature of their guilt and criminality at a time when the army they backed was busy committing genocide against their own people. These collaborators went to the United Nations and spewed lies about conditions in occupied Bangladesh. These are the people who need to be exposed anew. What they did in 1971, what happened to them after 1971, how a good number of them were rehabilitated in Bangladesh by anti-state regimes post-August 1975 are facts which need to be laid bare in the list being prepared by the government.

Collaborators were there in other areas as well. At Dhaka University, a bunch of academics unabashedly defended the genocidal regime, with some of them even travelling abroad to inform the outside world that conditions were ‘normal’ in ‘East Pakistan’, that there was no Mukti Bahini but some ‘miscreants’ who were creating trouble and were being duly suppressed. These academics, each and every one of them, must be named on the collaborators’ list. And on that list should also be the names of those Bengali officers in Pakistan’s foreign service who flagrantly condemned the War of Liberation and yet were subsequently to serve in senior positions in the government of independent Bangladesh.

One of them told the Pakistani Urdu newspaper Jang in mid-1971 that ‘miscreants’ were being tackled successfully by the Pakistan army. Another told other Bengalis in Islamabad --- and this was after Bangladesh had come into being and the Bhutto government was yet to throw the likes of him out of their jobs --- that Sheikh Mujibur Rahman’s Bangladesh would not last. There is too the story of the diplomat who travelled with Bhutto to Beijing seeking Chinese support for Pakistan in November 1971 and, post-Liberation, rising to being foreign secretary of the Bangladesh government.

In August 1971, when Bangabandhu Sheikh Mujibur Rahman was placed on trial in camera before a military tribunal headed by Brigadier Rahimuddin Khan in Pakistan, a few Bengali businessmen and journalists reportedly were flown from Dhaka to Rawalpindi to testify against him. The names of these men need to be revealed, together with information on whether some of them were compelled to take a stand against Bangabandhu and whether some others may have willingly told the military court what it wanted to hear.

Preparing lists of freedom fighters and collaborators is a tough calling for the government, any government, especially now that close to half a century has gone by since the War of Liberation drew to an end. And yet it is a responsibility which must be carried out --- in remembrance of those who died in the defence of liberty and those who came home as hardened warriors of freedom in December 1971 --- and in the interest of future generations.

And, yes, we owe it to those future generations to enlighten them on who among our fellow Bengalis witnessed the bloodletting by the Pakistan occupation army in our land and yet chose to throw in their lot with a junta determined to enslave their own people through trying to strike down a nation in its twilight struggle for liberty.