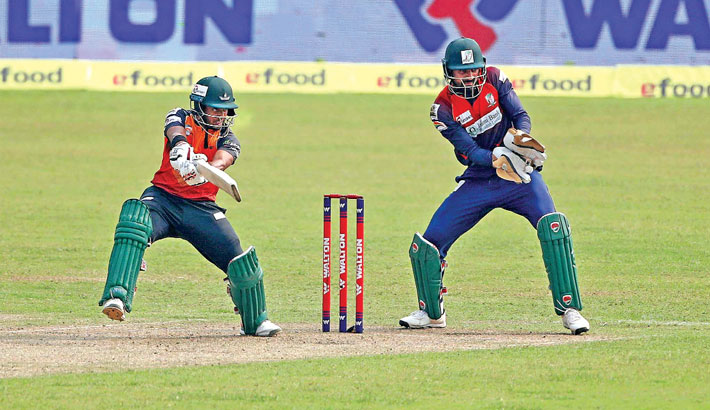 Khulna, who had been struggling with their top-order throughout the tournament, seemed to have found a solution in Zakir Hasan as the left-handed batsman in his first match in the tournament, played a crucial knock of 63 runs off 42 balls to help Khulna post a healthy total of 173 runs for 7 wickets.

In their second-wicket partnership, Zakir and Imrul Kayes put together 90 runs off 68 balls where the latter contributed 37 runs off 34 balls.

Shakib Al Hasan got a nice launch-pad but could not fire as he was out for 14 runs while skipper Mahmudullah Riyad played a cameo of 24 runs off 14 balls to help Khulna amass their highest team-total so far in this tournament.

Khulna skipper Mahmudullah said after their convincing win that they are elated to come up with an all-round effort.

“I am happy with the way we played because I think it is an excellent win. Both the batsmen and bowlers showed their character by performing well in the middle,” Mahmudullah was quoted after their convincing win over Barishal on Friday.

“It was an excellent all-round performance,” he said adding that Zakir grabbed the opportunity with both hands provided by the team management.

“He (Zakir) batted well in the nets so we felt that we should give him a chance and rest Anamul Hoque so that he can get the fuel to bounce back,” he said.

“He grabbed the chance and played a superb innings. It was a perfect innings which we required at the top,” he said.

In their previous meeting, Barishal lost the match when Ariful Haque struck four sixes against Mehedi Hasan in the last over to score the required 22 runs but this time it was a one-sided affair as Tamim Iqbal’s team was never on track to chase down the target.

Towhid Hridoy and Tamim made 33 runs and 32 runs respectively but rest of the batters faltered against the controlled bowling attack of Khulna as they were all out for 125 runs in 19.5 overs.

With three wins in five matches, Khulna now sits in second place in the table with six points while Barishal remain at fourth place.