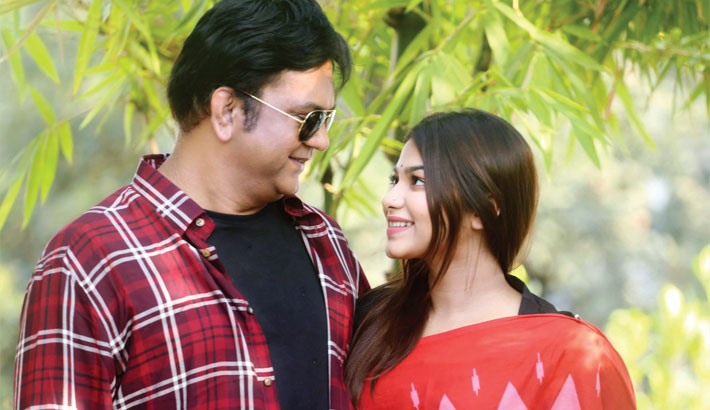 Mir Sabbir and Parsa Evana are two popular small screen actors of the country. The artiste duo has appeared in several audience-acclaimed dramas, including, ‘Malek Hoite Shabdhan’, ‘Shoshur Barir Chhele’ and ‘Bou Jodi Emon Hoy’. Now the artistes will be seen in the single-episode drama ‘Protihingsha’.

Director Topu Khan has made the episode (Protihingsha) for his drama serial ‘Shomoyer Golpo’. Shomoyer Golpo, a true story based drama serial, is being aired on Rtv at 08:30pm on Sunday and Monday in a week.

Talking about ‘Protihingsha’, Mir Sabbir said, “Shomoyer Golpo has gained popularity among the audience. Topu Khan is depicting the dissimilarities of society through the serial Shomoyer Golpo. This episode (Protihingsha) is not different from other episodes. Talented actress Parsa Evana will be seen with me in Protihingsha. We have tried our level best to portray ourselves according to the characters. I hope the audience will also enjoy our work.”

Evana said, “The story of Protihingsha is amazing. Thanks Topu bhai for this episode. I’m also very grateful to Mir Sabbir bhai. Earlier, I’ve acted with Sabbir bhai. He is very cooperative actor and director. I always learn something new from Sabbir bhai.”

‘Protihingsha’ will be aired on Rtv soon.

Mir Sabbir is one of the most popular small screen actors of the country. Sabbir made his television debut in 1999 with his performance in a drama titled ‘Putro’. Since then he has performed in more than one thousand TV dramas. Besides acting, Sabbir has also directed many popular dramas like ‘Barisal Bonam Noakhali’, ‘Maqbul’ and ‘Noashaal’.

Parsa Evana is one of the reliable actresses to the directors now. She was the champion in ‘Channel i Shera Nachiye in 2014’. She first acted in Anjan Aich’s play ‘Ponchomir Chand’.