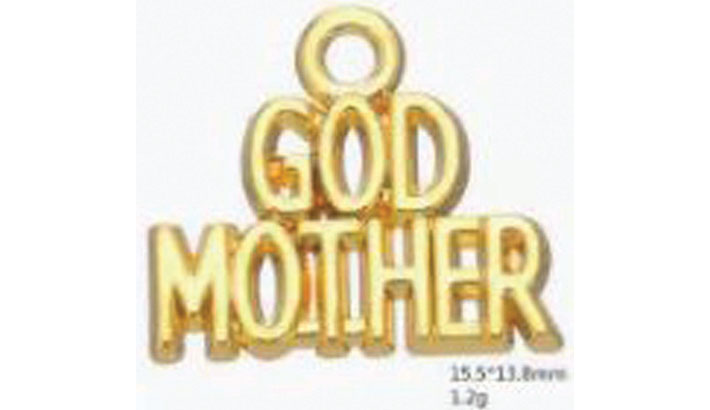 The concept of God is very wide in religion and philosophy. A mother goddess is a personification of motherhood. According to Hindu scriptures, God means supreme soul that can take many forms. Normally, three shapes of God are mentioned – Brahma (the creator), Vishnu (the nourisher) and Shiv (the destroyer). All these are male shapes of God, but ancient scriptures indicate female shapes of God also. The gender of God can be viewed as a literal or as an allegorical aspect of a deity.

In Hindu scriptures, there are diverse approaches to God and gender. Many Hindus focus upon God as androgynous (both female and male). A goddess is a female deity, mother shape of God, linked with virtues like beauty, love, sexuality, motherhood, fertility, war, creation and death. In some faiths, a sacred female figure holds a central place in religious prayer and worship.

Three main forms of mother shape of God has been described in Chandi -Mahakali, Mahalaxmi and Mahasaraswati. Killing of Madhukautv comes first. Madhukautav, born of Vishnu’s Karnamal (ear), set out to kill Brahma. In order to destroy the demon, all gods appeared to assist the helpless Brahma, but they failed. Then, accumulating their own forces, they created Durga, gave her a total female shape and armoured her with their weapons. When the gods were ousted from heaven due to the oppression of Mahisasur (the buffalo demon), appearance of Goddess Durga with the combined energy of all gods is very significant. She killed Mahisasur keeping him under her feet and established peace in the kingdom of heaven. For this reason Goddess Durga is worshipped as Mahisasurmardini (killer of Mahisashur).

Different narrations are found about this shape of God. In Chandi, the goddess has been descended having eighteen hands when she killed Mahisasur, but ten handed Durga is commonly worshipped. This shape of Durga has been described in 16th chapter of Kalika Puran. In the 2nd kalpa (chapter), we see sixteen-armed Bhadrakali killing Mahishasur and in the 3rd one, the present ten-armed Durga appears. It is to be remembered that Mahishasur was born three times in the womb of Rambhasur. So, the goddess had to kill him three times in three forms. The name Durga has never been mentioned in these three narrations. Even at the time of killing Mahisasur her name was not Durga but Mahalaxmi. Question naturally arises - why do we call her Durga?

According to Chands, the goddess was named Durga because she killed a demon named Durgam (impenetrable) whose main function was to create anarchy and make the universe miserable. He forcefully evicted gods from heaven. Mother Durga killed him, gave heaven back to the gods and saved the universe from misery and misfortune. Gods created all the limbs of the goddess with the energy emitted from their bodies and gave her their best weapons making her ready for war. The mother fought against the demon (a symbol of evil power) face to face, defeated him and saved the mortal world from sufferings. People need intellect, wealth, accomplishment and strength to live in harmony with the world. Goddess Durga provided all these.

As embodiment of power, Goddess Kali is another mother shape of God. Kalipuja is worship of power. Mythology says that once Raktabij (seed of blood), a fierce demon, attacked the Gods to occupy heaven. During battle, the Gods failed to kill him because another Raktabij grew up from each drop of his blood that touched ground. Every time he was struck millions of his duplicates appeared all over the battlefield causing a terrible problem. The situation turned deplorable and impossible for the gods to overcome. Under total failure the Gods then turned to Shiv for help but, then he was in so deep meditation that gods could not reach him. Finding no other way, they went to Shiv’s consort Parvati. Knowing everything from the Gods she became extremely angry. Taking the form of Kali, dark complexioned, red eyed and sharp teeth like fangs, she immediately rushed towards the battlefield.

She ordered Gods to attack Raktabij and herself spread her tongue covering the entire  battlefield  so that  even a single drop of the demon’s blood might not fall on ground. In this way Kali prevented Raktabij from getting reproduced. Failing to multiply himself the demon turned gradually powerless and the Gods became victorious which marked Kali as goddess of power. According to mythology, Kali is the ferocious form of Durga that came from the battle between Durga and two demon brothers Shumbha and Nishumbha.

Swami Vivekananda said, “Mother worship is a unique philosophy. The place of energy is the first of the various types we feel at every step. The energy felt in the heart is the soul, outside is nature. The struggle of these two is human life. Everything we know, I feel that it is the combined result of these two energies. People saw that the light of the sun fell equally on both good and evil. This is a new idea about God. One sovereign power is behind everything. This is how motherhood originated. Throughout the ages this good-evil struggle has been, is and will be between us.” In Sri Sri Chandi, the mother says- Itthang yada yada badha dan bottha bhavishyati, meaning - when this form of demonic oppression takes place I shall come down and destroy the demons.

In fact worship of power is held mainly with mother shapes of God viz. Durga, Kali, Jagaddhatri, Manasha etc. In today’s socio-economic scenario, women are oppressed in many ways in developing and underdeveloped countries. Society, government and state have the responsibility to protect women from oppression. The position of women indicates development of a society and a country. Ramkrishna Mission introduced Kumaripuja (worshipping a baby girl) during Durgapuja which is an effective way to awaken female power in society.

A video clip of The Anandabazar on last 27th November shows that during Jagaddhatri Puja at Bhadreswar in West Bengal (now Paschimbanga) on 23rd November, males, wearing sari, received the goddess. Not only in this year but this tradition continues there since long. This event may be very easily viewed as a mark of respect towards women. Fifty percent of population are women. Keeping them insecure no development can be meaningful and fruitful. As a bird cannot fly with one wing, the society cannot run with male force only, Female power is also essential. Mother shapes of God pave the way to respect the womenfolk.