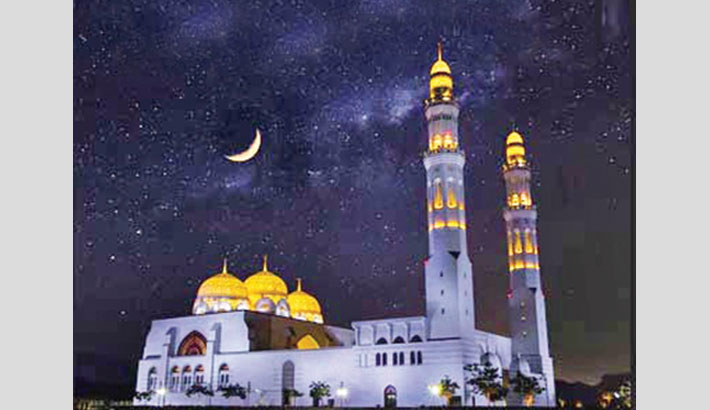 Love for the Prophet (pbuh) has been made fard (compulsory) in Islam. It is also part of our Iman (belief).  However, many of us can not show our love for Him (pbuh) appropriately due to lack of proper knowledge and understanding. The proper way of showing love towards the Noble Prophet (pbuh) on the basis of Qur’an and Sunnah has been mentioned below:

2.            Universal Prophethood: Prophethood (nabuwwat) of Muhammad (pbuh) is an unparallel event.  All other previous Prophets and Messengers (A.) were sent to their particular people; nation or tribe and for a particular time or period. But, Muhammad (pbuh) was sent to the whole mankind as the last Prophet along with a complete code of life (Din). (See: Al-Qru’an, Surah al-Ahjab, 33: 40 and Surah al-Ma’idah, 5:3) The Qur’an also states: “We sent you not, but as a Mercy to all worlds.” (Surah al-Anbiya’, 21: 107). Therefore, He (pbuh) was not sent for the believers only, but also for all others. In short, He (pbuh) was sent for all mankind irrespective of different religious beliefs, doctrines, philosophies, regions, race and casts etc. One who loves Him (pbuh) must not  confine Him (pbuh) in any particular community like Muslim community and for any particular time.

3.            Part of Iman: All Prophets and Messengers are part of their people’s Iman. Iman includes two particular things together. Such as for us: La Ilaha Illah (there is no Ilah but Allah) and Muhammadur Rasullah (Muhammad (pbuh) is the Messenger of Allah). The second part of this kalimah was changeable for previous Prophets and Messengers. He (pbuh) was the Last prophet for all. It is the uniqueness of our belief. Allah says, “The Prophet is more worthy of the believers than themselves…” (Surah al-Ahjab, 33:6) To explain the ayat, Ibn Qayyum Al-Jawziyyah (r.) explains that the Prophet (pbuh) has a ‘higher claim’ on the believers than they have on themselves. That is, he is more important to them and more loved by them than anyone else, including their own self. Moreover, there are many traditions of Prophet Muhammad (pbuh) to confirm the issue very clearly. One of them, as an example, is the Prophet (pbuh) said, “None of you will be a true believer until I am more beloved to you than yourself”. (Sahih al-Bukhari) Now, ask yourself, whether you love your Prophet (pbuh) or not? And how much do you love your Prophet (pbuh)?

4.            No theory, but practice: Love for our Prophet (pubh) is not theoretical at all but very practical. It is not merely by saying: “I love you (my Prophet)” what we do in our daily lives to express our love for someone. The love for our Prophet (pbuh) is very exceptional. If anyone really claims that he loves Prophet Muhammad (pbuh), he/she has to prove it by applying all of His (pbuh) teachings in his practical life. It is also very logical. One can understand it very easily. For example, if any one tells you that he/she loves you, but he/she does what you don’t like and want and what is totally contrary to your beliefs, thoughts and actions. Will you accept him/her as your true lover? Never. Therefore, a believer must have to show the love for Prophet (pbuh) in his/her practical life by following His (pbuh) teachings. The Qur’an also relates between love for Allah and following the Prophet (pbuh). Allah says, “Say, [O Muhammad], “If you should love Allah, then follow me, [so] Allah will love you and forgive you your sins. And Allah is Forgiving and Merciful.” (Surah Ali ‘Imaran, 3: 31)

5.            No Specific Time for Love:  Love for the Prophet (pbuh) is not limited to any particular day or time. It is forever in a life of a believer. Each and every moment, a believer has to love Him (pbuh). This is not a celebration or performing such acts for a particular time or particular day/month. This is part of a believer’s life. Moreover, we have to tell the blessings of Allah and peace be upon Him (pbuh) frequently. The Qur’an states: “Indeed, Allah confers blessing upon the Prophet, and His angels [ask Him to do so]. O you who have believed, ask [Allah to confer] blessing upon him and ask [Allah to grant him] peace.” (Surah al-Ahjab, 33: 56)

6.            Involving in Da’wah activities: Another important way to express our love for the Prophet (pbuh) is to involve ourselves in the da’wah activities. Because, da’wah activities were the main practice of our Prophet (pbuh). In fact, He (pbuh) was sent for that purpose as stated in the Qur’an. It says: “And one who invites to Allah, by His permission, and an illuminating lamp.” (surah al-Ahjab, 33: 46). In that case, we can also take some initiatives for depicting our Prophet (pbuh) to others. We can distribute reliable books among others and seminars, conferences and workshops et cetera.

If we really want to show our love for Prophet Muhammad (pbuh) in the true sense then we must have to do it properly in accordance with the guidelines of the Qur’an and the Hadith; the two main authentic sources of Islamic knowledge. We should not do anything which is not permissible in Islam or anything which is against the teachings of Prophet Muhammad (pbuh). May Allah guide us towards the right path!