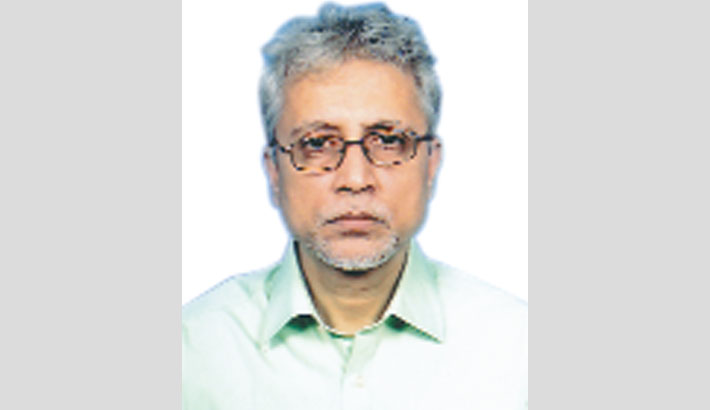 For years tea has been a very popular beverage in our country. Wherever you go, you will happen to come across tea stalls and the people sitting around a table or outside the tongs on benches drinking a hot cup of tea engrossed in conversations. In winter especially its consumption spikes. People of all ages and all genders relish tea in the morning and the evening, and whenever there is a gathering or get-together tea is offered without any delay.

To get a comprehensive view of the country’s garden, a trip to Sylhet would be the right thing to do. There we will find verdant hills covered with lush green tea bushes spread across a vast expanse of land. These plantations are interspersed with tall trees to provide much-needed shade to the tea plants that help the new leaves to grow in a cool and healthy atmosphere. We will see busy women tea pluckers hanging baskets from their shoulders are picking young leaves deftly with their hands. These leaves are sent to the factories where they are processed and made into black tea. The aroma from the tea is soothing and makes us want to sip the steaming tea which refreshes us. Currently, we have 168 tea estates and among them, 91, maximum in a single district, are in the Moulvibazar district; hence Srimangal is called the tea capital of Bangladesh. In Sylhet division, 25 more tea gardens are in Habiganj and 19 in Sylhet district. Besides tea is grown in the northern and eastern districts too. There are 22 tea gardens in Chittagong, 8 tea gardens in Panchagarh, 2 in Rangamati and 1 in Thakurgaon.

In Sylhet, the first tea garden was established in 1854, which was named Malnicherra. With its growing popularity, the British joined the trend and thus a colonial culture grew. Grand bungalows were built. Later on many elites, zamindars and rich businessmen also started cultivating tea and thus grew vast plantation areas in the district. The notable personalities and pioneers in establishing and developing tea gardens in the country were Syed Abdul Majid, Nawab Ali Amjad Khan, Muhammad Bakht Majumdar, Ghulam Rabbani, Syed Ali Akbar Khandakar, Abdur Rasheed Choudhury, and Karim Bakhsh. But, the colonial tea garden culture is long gone. At the present time, tea gardens are dominated by conglomerates. I even read about a woman who started a smaller area of tea plantation in Lalmonirhat and is growing and processing her manufacturing plant.

There are 114781.81 hectares (283511 acres) of land belonging to the tea garden with a plantation on 59018 hectares (145774.46 acres). Tea plantation areas are increasing in Panchagarh, Lalmonirhat, Thakurgaon, Dinajpur, and Bandarban. Panchagarh is doing very well and is gradually making its mark. At present time more than 300,000 plantation workers are employed in the country’s tea gardens, among them about 75% are women. Many of them are descendants of tribal labourers brought from Bihar, Orissa, Uttar Pradesh, and many of the poorer provinces of India by the British during the British rule.

Though the production of tea is increased from 60 million kilograms in 2009 to 96.69 million kilograms in 2019, it is still not enough to meet domestic demand. The rise of the population has invited tea producers to market blended tea for consumption in the domestic market. Thus, once a major world exporter, Bangladesh is now an importer of tea.

Multiple factors are contributing to the situation. The slump in prices and lack of proper monitoring by the authorities to keep a healthy environment conducive to good production and control on prices which sometimes go into a downward spin is jeopardising the future of the industry. Especially the smaller gardens are in the doldrums due to various constraints from natural causes to manmade dynamics.

Nowadays we see the smaller gardens which abound in Sylhet division and also scattered around the country are in dire straits. They do not have the developed structure, expertise, and management to get out of the muddle and join in the national development journey. Due to financial crunch and lack of knowledge-based structure, they are suffering and falling behind. Besides, the absence of processing plants to manufacture their produces has made them bound to send their green leaves to other factories for manufacturing with a cut-throat rate which makes it impossible for them to endure the pressure of running the garden smoothly. Moreover, there are also losses due to the transportation of tea and keeping the plucked green leaves in the warehouse until they are transported.

In addition, the past couple of years have witnessed plummeting of prices at an astounding rate that some gardens couldn’t sustain and got mired in financial crisis and debts and even were threatened with closure. The pandemic has aggravated the situation for the smaller gardens as the market is quite unstable and the present auction rate is distressing. A pall of gloom is evident as the owners are unable to find a solution to their dilemmas.

Hence some practical steps have to be taken to protect the gardens which are in a precarious state. The problems that plague the industry must be addressed on an urgent basis to make it a viable and flourishing industry. We can’t afford to ignore the malaise that afflicts the tea gardens. Apathy can spell disaster for this industry. Modernisation is at the top of the list but it depends upon the availability of funds or credit facility. Credit must be arranged for these small gardens as soft loans. A central factory must be set up where smaller and sick gardens that are unable to set up their own can go for manufacturing of their produces with ensuring good quality which subsequently can fetch a good price. A transportation system should be introduced keeping in mind the importance of carrying green leaves to their destination, the factories, and auction houses. The government should also monitor the prices of tea at the auctions making sure they do not go below a certain threshold.

If impetus is offered and the sick ones are shored up the country can easily go into exporting like previous time. The challenges should be faced with determination, tenacity, and business acumen. The areas that are the industry’s Achilles heel must be dealt with precision and practicality. Eventually, the road to development and progress will become more and more visible and attainable. I hope that sooner rather than later the authorities will take cognizance of the predicaments gnawing at the root of the industry and will come up with the solutions that will help the industry to thrive and flourish once again.