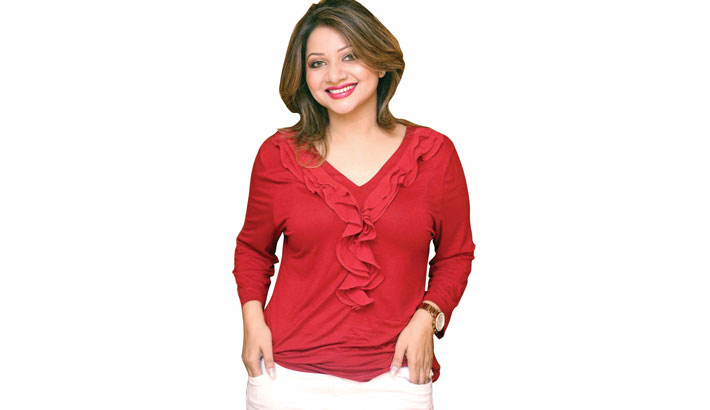 Popular singer Ankhi Alamgir always remains busy with stage shows all year round. Due to corona pandemic, the singer took a break for several months from stage shows.

Recently, Ankhi Alamgir has returned stage again after a seven-month hiatus. She will perform at two stage shows in Cox’s Bazar today.

About her stage shows, Ankhi Alamgir said, “I have returned to stage in October. I’m happy that I have started stage show again. I will perform at two back-to-back stage shows in Cox’s Bazar on today and tomorrow. I have taking all precaution for this and urge my fans to maintain all the health guidelines.”

Besides, the singer has lent her voice to a song for a government-granted film titled ‘Ashirbad’ recently. The title of the song is ‘Tomake Khujechi Shobujer Hat Dhore’. Written by Sudip Kumar Dip, popular music director Emon Saha has composed and arranged the music of the track.

Ankhi Alamgir is a singer and actress of the country. In 1984, she won the Bangladesh National Film Awards for Best Child Artiste for her performance in the film ‘Bhat De’.

Ankhi made her debut as playback singer in 1994. Her first album was released in 1997. Alamgir returned to acting as an adult through a television drama serial in mid-2010. She also performed as a guest actor in the film ‘Ek Cup Cha’ (2014).

She also won the Bangladesh National Film Awards for Best Female Playback Singer for the film ‘Ekti Cinemar Golpo’ in 2018.