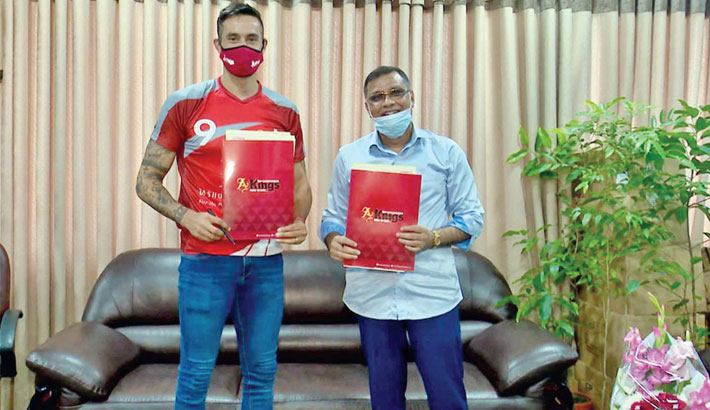 The formalities were held during a contract signing ceremony at Bashundhara Residential Area.

The 33-year old center forward Raul will play in the place of his compatriot Hernan Barcos who left the club after the 10-month-contract expiry in October.

According to a website named ‘Transfermarkt’ claimed that the Argentine forward joined Kings for euro 1.10 million or approximately Tk 108,735,350.49 which is the highest paid transfer amount for any foreign player in Bangladesh.