Vettori to complete stint with Tigers 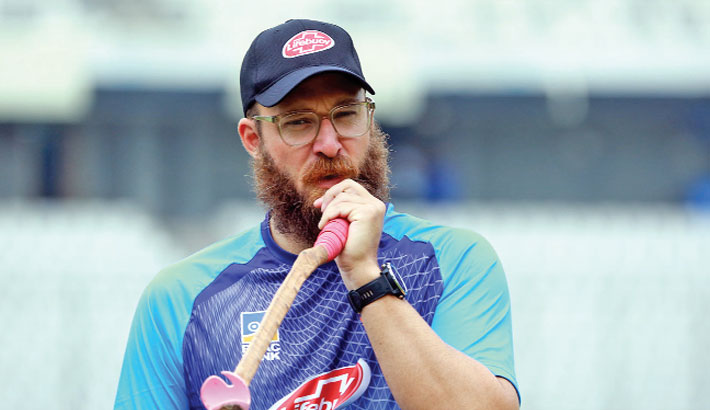 Vettori took charge before Bangladesh's tour of India in November and his contract ran until the end of the ICC T20 World Cup in Australia next year, precisely November 15.

BCB looked determined to get the most out of Vettori as they engaged the New Zealander to work with young and budding spinners along with some seasoned campaigners outside the national team to develop their slow bowlers.

“I have spoken with him recently and He(Vettori) assured us verbally that he will complete the remaining 40 days of his tenure in the coming days,” BCB Cricket Operations Committee Chairman Akram Khan told reporters on Tuesday.

“Let him (Vettori) complete it (ongoing stint) first and later we will decide on our next course of action,” he said.

“We are yet to take a decision regarding extension of his contract and we will take it after discussing with all concerned board members in the coming days,” he said.

There was criticism going around in the country's cricket fraternity regarding the way BCB opted to use Vettori earlier as their spin consultant as they preferred to limit his engagements only to the national cricketers during his stay with them during a series or a tour.

Later, it was reported that BCB is planning to tweak the contract of Vettori so that he can work with a larger group of spinners during his 100-day period with Bangladesh ahead of ICC T20 World Cup. As per the deal, Vettori receives USD 2500 per day. However, BCB’s plan to use him for developing spinners of the country went in vain due to the corona pandemic as the New Zealander opted not to join Bangladesh coaching staff when they arrived ahead of the tour of Sri Lanka.

According to BCB insiders, chances are slim that he will be available during the upcoming home series against West Indies considering the immigration measures taken by New Zealand government regarding travelers due to Covid-19 situation. While Vettori is unlikely to be available for the home series against West Indies who are due to arrive in January for three Tests along with three ODIs and two T20Is, he is expected to guide his charges when they tour New Zealand in 2021 for three ODIs and three T20s, scheduled from March 13.

BCB is planning to send the team 20 days ahead of the tour and wants to house them in an academy in Christchurch and it can turn out to be a perfect time for Vettori to complete his remaining 40 days of his tenure with Bangladesh.