Let Us All Behave Responsibly 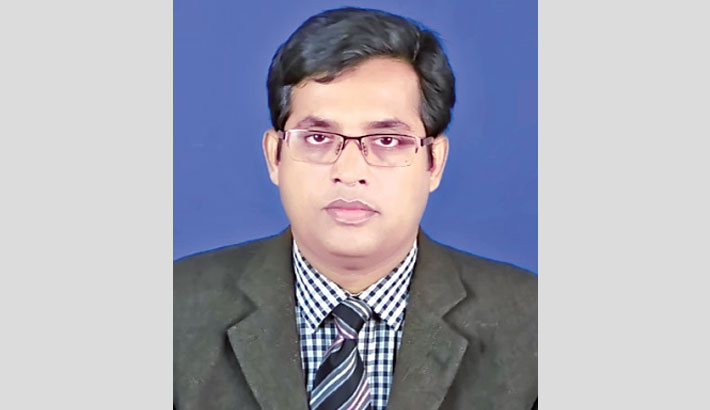 The heat of the second wave of Covid-19 is being felt worldwide. The number of new cases and the fatality rate from this lethal infection has been increasing every day. The United States and many countries of Europe have begun witnessing the crippling impact of the second wave. The government of Bangladesh, like other countries in the world, is planning to work out the best possible strategies to encounter the second wave. Accordingly, our Prime Minister has urged the citizens to adhere to the directives of the Health Department to contain this virulent virus infection. As the number of new patients and mortality increased, the government's anxiety began to become a reality. Over two thousand new patients are getting diagnosed every day over the last one and a half weeks. Therefore, there remains a doubt whether we will be able to take the challenge.

We must admit that the government has done exceedingly well in dealing with the first phase of Covid-19, though there were issues relating to the mismanagement of the Directorate of Health Department in some cases. Moreover, charges of corruption against several persons have highly been criticised by all corners of society. However, the government was very sincere about assisting people in need and investing all-out efforts to manage the infection rate and provide services to infected people. Of course, the lower number of testing capacity has remained a challenge. It was also true that the government tried its best to decentralise the testing facilities across the country. Most importantly, the test was undertaken free of charge during the first few months of the pandemic. The government consequently levied a nominal charge on the test. We should not condemn the government alone for the lower number of the test as the lack of willingness of the citizens to go for testing was also responsible. People were suffering from a stigma that if someone gets infected, they will have to go for quarantine. Even there was an anxiety that family members of the infected person would be isolated from society.

The relatively lower intensity, compared to other developed countries, of Covid-19 in the first phase has made people reluctant to follow the government’s guidelines: maintaining social distance, avoiding overcrowded places, washing hands frequently and staying at home unless someone is compelled to go out. Most of the people have been moving freely outside their houses without following the directives. Having watched people outside, I have got the impression that a few percentages of people are concerned about the Covid-19 debacle in the upcoming months. Such behaviour of the citizens is not desirable at all as it would not only put them and their families at risk but also leads to escalating the spread of this deadly virus in the community.

The government has taken several steps to enable people to follow the directives and control the second wave. The use of face masks outside homes is made compulsory for all. Besides, the government has applied a "no mask, no service" policy in all government offices. Even the decision of the government has been endorsed by the shop owners' association. However, a moot question is whether taking a decision is enough to attain the goal? The simple answer is "no" as the execution of the decision determines the attainment of goals. Mobile courts are being operated on the streets and markets to motivate people to wear the mask. Even, many people are being penalised for breaching the law. However, the intensity of such action is not quite high. More specifically, the action of the mobile courts has remained concentrated in the cities. These measures are not carried out at the village level. Thus, there is no fear of Covid-19 among the people living in rural areas.

There has been wide-ranging discussion over the past few weeks on the marketing of the vaccines of different companies. However, no vaccine can offer 100 per cent protection against Covid-19 infection. The Oxford vaccine that our government plans to purchase will only have 70 per cent protection against this infection.  This means that we may require living a long time with this virus. Though the government has allocated TK. 1 thousand crores for the purchase of the vaccine, it is unlikely that all the citizens would be vaccinated by 2021. It is promising to notice that our Prime Minister is seeking to manage as many vaccines as we need. Meanwhile, the government has placed an order of three crore vaccines to be distributed among the health workers and other categories of people, leaving around 15 crores outside vaccination coverage in the first phase. We must realise that no company would be able to produce as many vaccines as the world would require within a year. Therefore, the entitled vaccination process may then take between two and three years.

Hence, we must think about what we should do until the whole of the world's population is vaccinated. The simple answer is to maintain the guidelines of the WHO to shield us safe from being infected by this lethal virus. There is a propensity among a group of people to condemn the government for everything. They always think that it is the responsibility of the government only to do everything that would be required to deal with this deadly virus. I strongly disagree with such a proposition because citizens should do their bits in tackling the pandemic. The government can help vulnerable people. It could provide subsidies to the sectors suffering from the pandemic. Even the government could provide free vaccines to all citizens. However, people will have to help the government by following the Covid-19 guidelines until all citizens are vaccinated. Otherwise, the government would not be able to save the citizens from the tragedy.

Under the above circumstance, the government should use coercion to make people abide by laws. Breaching the rule has become a natural tendency of a vast majority of the people in the country. Therefore, to save the people, the government should enforce whatever decisions have so far been taken to face the challenge of the pandemic. We should act with empathy to overcome the greatest tragedy of the century. If we do not abide by the directives, more sufferings are waiting for us. A wider prevention campaign can be initiated by the government and non-governmental agencies to remind people of the destructive impact of this virus. At the same time, we all should work collectively with the government to avoid the catastrophic impact of the lethal virus in the country.