Dualistic System: Rule of Law Plus Rule of Virtue 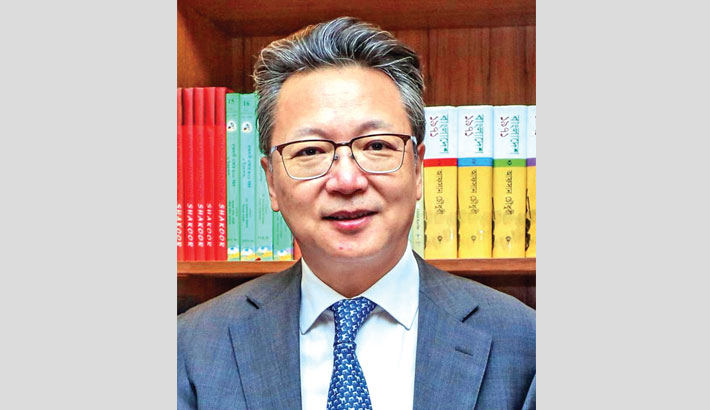 If any political concept could be said to have universal appeal, it would have to be the rule of law. And China is no exception. Seasoned China watchers may have noticed a series of events recently taking place in the country that all demonstrated the nation’s renewed commitment to the rule of law. On the 16th of November, an article by President Xi Jinping emphasising the importance of law-based governance was published in the flagship magazine of the Communist Party of China. One day later, the central conference on work related to overall law-based governance, the first of its kind in the history of the country, was held in Beijing. The conference subsequently established Xi Jinping Thought on Rule of Law as the guidelines for China’s further advancement in building a country of socialist rule of law.

While the phrase “socialist rule of law” might sound alien, at least the idea of the rule of law is familiar to many – or is it really?

Rule of Law: Concept and Myths

What is the rule of law? If one poses the question to educated elites around the world, the likely answer would be close to the following: A country with the rule of law is governed by a constitution that guarantees individual rights. Its political institutions are defined by a separation of powers, including an independent judiciary that adjudicates ­disputes impartially, and with the power to review legislation to ensure its compliance with the constitution. And finally, all individuals enjoy equality before the law.

China’s rule of law – officially known as “the socialist rule of law with Chinese characteristics” – differs distinctively from the above understanding and, therefore, dismissed by western legal scholars as “rule by law”, meaning the Party simply uses the law as a means to exercise its rule. One of the most common arguments backing this criticism is the apparent contradiction of the Party both being the lawgiver and claiming to be bound by the law.

But such a view is based on the myth that the rule of law necessarily prevents unlimited governmental power, when in fact it has never resolved the issue of how to check sovereign power. For example, the U.S. Constitution carries specific provisions on how it can be changed as long as certain procedures are followed. That the legal system is not immune to political influence also explains why the appointment of U.S. Supreme Court justice is increasingly becoming an intense political battle in recent years. Even the establishment of the constitution itself requires social and political decisions that are essentially within the realm of sovereignty, not law.

Therefore, as the contradiction has always been inherent to the theory of the rule of law unless we claim the entire concept of the rule of law is an oxymoron, the Party-led rule of law should not be rejected as self-contradictory. In fact, the theories of the rule of law have never been as neat as portrayed by their advocates in politics and the media. So instead of asking whether there is some innate flaw in China’s political system that excludes the rule of law, the real question should be whether and how China can develop the appropriate political and cultural conditions that can deliver the benefits of the rule of law. To this, China has given the answer.

A Glance of Xi Jinping Thought on the Rule of Law

Xi Jinping Thought on the Rule of Law, officially introduced at the November central conference, is mainly built on three pillars: the leadership of the Party, Constitution-based governance, and comprehensive implementation of socialist rule of law.

Firstly, the theory states that China should unswervingly uphold the leadership of the Party, as enshrined in the Constitution. It is considered as a core principle in the theory and the fundamental guarantee for ensuring that the country follows the path to the rule of law.

Secondly, the theory highlights the overarching status of the Constitution and the dignity of the law as an essential approach to law-based governance. Noting the importance of promoting the modernisation of China's governance system and capacity along the path of the rule of law, President Xi suggested that future reforms will be carried out strictly in accordance with the Constitution and that all efforts to respond to major challenges and risks should be done within legal boundaries. This requires every entity, including government agencies, Party organs, social organisations and enterprises, to adopt a mindset consistent with the rule of law and shoulder the responsibility of ensuring the implementation of laws.

Thirdly, a socialist legal system with Chinese characteristics will be established, so as to provide a sound institutional basis for implementing law-based governance. To ensure sound lawmaking, strict law enforcement and impartial administration of justice, the theory demands that a high-quality team of professionals with both integrity and ability be fostered for legal work and law-based governance be promoted under the guidance of scientific theories. President Xi also stressed at the conference that China “should not only inherit Chinese traditional law cultures but also take beneficial achievements of foreign laws as a reference”, amid a complicated environment at home and abroad.

Apart from the three pillars, there are two more features to the theory that are worth noticing. One is the people-centred approach, which points to the fundamental goal of China’s rule of law: to protect the people's rights and interests. The other feature is more subtle yet equally important in shaping the legal system of China - the combination of the rule of law and the rule of virtue. To understand this, we first need to take a look at a centuries-old rivalry between legalism and Confucianism in ancient China.

The great political debate between legalism and Confucianism (rule of law versus rule of virtue, to some extent), or indeed the struggle regarding two different ways of governing that has defined the Chinese civilisation that began more than two thousand years ago. During the Warring States period (475–221 BC) when China was divided into separate kingdoms battling endlessly for dominance, many schools of thought emerged and competed against each other but the central rivalry was between legalism and Confucianism. While Confucianism, in favour of rule of virtue, dictated that the ruler’s legitimacy was only valid if he ruled for the common good, legalism emphasised the strict application of general rules that were set in advance and procedural justice. When the kingdom of Qin eventually surpassed all others and unified China in 221 BC via the implementation of strictly applied legal codes, legalism rose to dominance – only not for long, for the Qin dynasty collapsed after just fourteen years. After the Han dynasty took over, Confucianism was instated as the official state ideology and went on to dominate the Chinese governance system for the next two millennia.

But it would be an oversimplification to say that the legalism tradition died out with the Qin dynasty. On the contrary, the procedural approach to law – Qin legalism – has served as the practical method of governance throughout all Chinese dynasties. Confucianism, on the other hand, worked to regulate people’s behaviours with a set of moral standards in areas beyond legal constraints. It also attempted to address the eternal problem of the rule of law – how to constrain the sovereign ruler – by creating a highly elaborate governance system through which a cadre of powerful commoner-officials effectively administered the country, and thus put a check on the sovereign power when procedures alone were inadequate.

The Dualistic System of Law and Virtue

Today, the dualistic tradition­ – the combination of the rule of law and the rule of virtue – continues to shape the governance system in China, only with some modifications that make it more compatible with the modern context.

In the new era, China regards the rule of law as the fundamental strategy for governing the country, and law-based exercise of state power as the basic approach to governance. At the same time, the rule of virtue is introduced to complement the former and put the sovereign power in check. With the rule of law taking the central spot in China’s institutional development, the rule of virtue adds a touch of softness to the picture and prevents the framework from falling into excessive rigidness or mere procedural justice that many legal systems are susceptible to.

The rule of virtue has also been given another important role within the rule of law, which is to provide moral consensus to bind the nation together with something more than just cold legal documents. If we say law is a system of rules that people must comply with at all times, then virtue is the moral foundation of a society that should never dissipate. By integrating virtues into the legal system, China’s rule of law will become more morally appealing for its people to understand and conform.

Rule of Law in Contemporary China

From the adoption of its 1982 Constitution to the Party’s declaration at its Fifteenth Party Congress in 1997 that China’s “basic strategy” was “gov­erning the country according to law and making it a socialist country of rule of law”, and to the latest central conference that established Xi Jinping Thought on Rule of Law, China has been making great strides in advancing its socialist rule of law with Chinese characteristics. Early this year, China adopted its first-ever Civil Code – lauded as a legal encyclopaedia on every aspect of social life in the country. It is generally regarded as a new milestone in improving China’s law-based governance.

Indeed, the development of the rule of law in China is not always clear-cut. But with Xi Jinping Thought on Rule of Law and its unique dualistic system of law and virtue, China is clearly ready to address some of the potential pitfalls innate to the more popularly understood “rule of law” concept in the West. We could also reasonably expect that China’s commitment to building a socialist country based on the rule of law may offer new possibilities for this legal diagram in a more pluralistic world.