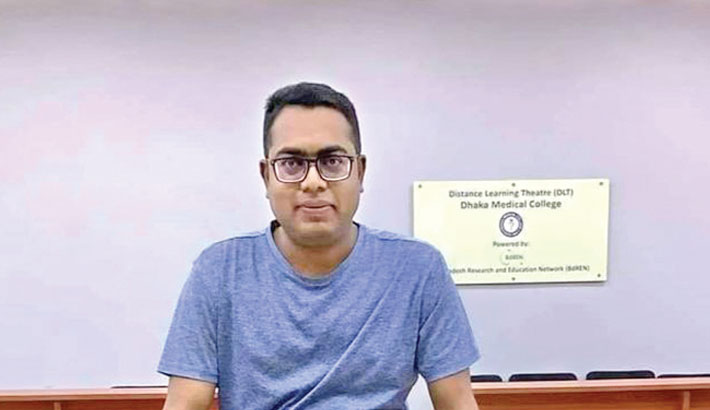 Bangladeshi doctor Mahmudul Haque Jesse has topped in the MRCP (Membership of the Royal Colleges of Physicians of the United Kingdom) examination in England by scoring 906 out of 1,000 marks.

He has secured the first position leaving behind all the participating doctors of the world.

First part of the MRCP test was held in May last year. The second part of the test was scheduled to be held on March 24, but it was postponed as England went into lockdown at the time.

The second part of the test was held on October 27, and the results were published a month later on November 27.

According to doctors scoring more than 900 in MRCP test is a rare incident in recent times.

Mahmudul Haque passed SSC in 2005 and HSC in 2007. Then he got admitted to the Bangladesh University of Engineering and Technology (BUET) after securing 56th position in the admission test.

He got into the Department of Electrical and Electronic Engineering. But gradually he lost concentration in engineering and found his interest in medical.