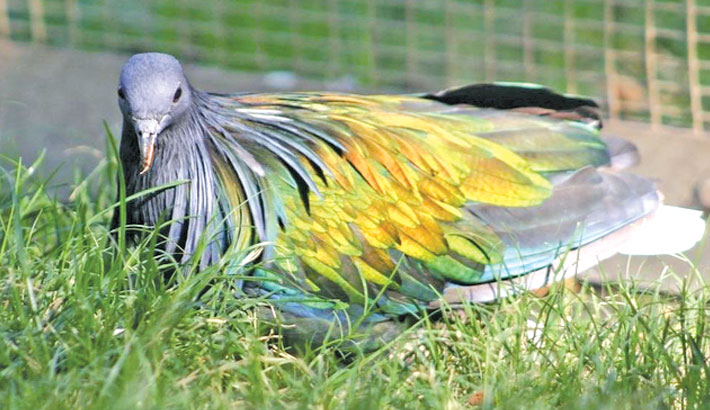 A California zoo is appealing for the public’s help after two endangered birds were stolen from their cages, reports BBC.

The Fresno Chaffee Zoo said security footage showed a person cutting through locks and escaping with the pair stuffed in a duffle bag.

The birds both appear on a list that identifies species at high risk of global extinction.

The alleged bird bandit made off with a lesser sulphur-crested cockatoo and a Nicobar pigeon, the zoo said. The International Union for Conservation of Nature Red List of Threatened Species classifies the lesser sulphur-crested cockatoo as “critically endangered” - its third highest category of concern - and lists the Nicobar pigeon as “near threatened”.

The stolen birds are elderly long-term residents of the zoo and were taken from the Australian Asian Aviary before the facility opened on Sunday morning.

“Our bird zookeepers and entire team are deeply concerned for the safety of both of these animals,” said the zoo’s general curator Lyn Meyers, in a statement.

Adding that both birds require special treatment because of their advanced age - 27 and 32 - she added: “We do not know the condition of either bird and we hope to get them back quickly so that our veterinary team can examine them and continue the care they require.”

Fresno Police Lt Tim Tietjen, who is investigating the robbery, told CBS in Fresno that the culprit was wearing all black clothing and a mask, and jumped over a fence to access the enclosure.

Amos Morris, Deputy Director of the Fresno Chaffee Zoo, said: “It’s a violation like you would be violated if somebody broke into your home, and our team here are heartbroken over these animals.”

The zoo has also made veterinary hospitals and pet stores in California aware of the missing animals, which investigators say they are confident will be found and returned.

In a Facebook message, the zoo appealed to locals to provide any information that might facilitate the birds’ safe return to the zoo.

One possible motivation for the bird-napping is that both species can be legally owned as part of the pet trade, said Mr Morris.

Exotic animals are frequently stolen from zoos around the world and endangered species can be sold for tens of thousands of dollars on the black market.