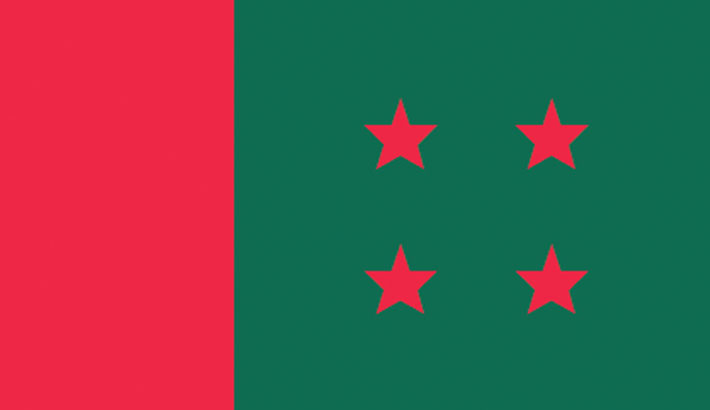 The Awami League-led government has been working relentlessly to boost the country’s major agriculture sector for increasing food production by developing new varieties of crops.

After assuming office, the government has stressed the need for boosting the agriculture sector, which was one of the major pledges in its 2018 election manifesto.

The fisheries and livestock ministry has taken initiative to expedite its production to meet domestic demand and become self-reliant.

With the massive development of the information technology and communication, the government has been working hard to reap benefits from ICT in agricultural production and fair prices of agro-goods and livestock, building supply chains and creating diversification in agro-based job creation.

Awami League presidium member Faruk Khan told the Daily Sun that all indexes show the country has become self-reliant and achieved security in food due to the government’s time-befitting measures, including providing subsidies, loans and incentives, and making proper storage management.

“Mechanising agro-sector is underway as the government has increased budgetary allocation for providing machinery for farmers at a nominal price. The government continues providing agricultural subsidies,” he said.

The government is eyeing to produce machineries at home, building capacity in technology use and maintenance, he added.

According to sources, the government has been giving priority to agriculture mechanization, aiming to reduce post-harvest losses of crops, including the main crop rice by up to 15 per cent, save 50 per cent time in cultivation and cut costs by 20 per cent. While, only 1.5 per cent in harvest and 5 per cent in transplanting seedlings are mechanised.

This is the third project that the government has undertaken since 2009 to give subsidy to farmers to buy agricultural machinery to facilitate mechanised cultivation.

In a bid to cushion the impact of the Covid-19 pandemic, a Tk 9,500crore budget has also been allocated for farm subsidies in the 2020-21 fiscal year, up from Tk 9,001 crore in the outgoing fiscal year.

Talking to the Daily Sun, former Dhaka University Vice-Chancellor AAMS Arefin Siddique said the government was on track for the fulfillment of electoral pledges, but it has slowed down due to the coronavirus pandemic.

“The government has started mechanise the agro-sector but they have to focus on establishing a supply chain too by eradicating middlemen to ensure fair prices of agro products,” he said.

Sources said the ministry of fisheries and livestock has been working to increase production in poultry farms to double by 2023.

The government has been working to disseminate improved aquaculture technologies through training and demonstration and enhance fisheries resources through enacting conservation and management measures.

The areas of agricultural land are diminishing gradually, but the country has become self-reliant in food production.

Agriculture Secretary Md Mesbahul Islam told the Daily Sun that mechanisation in agriculture is a priority project of the government as now the agro-cultivation has been suffering from a labour crisis and it is being run by old methods.

“Measures have been taken to mechanise irrigation, plantation and harvest for reducing production costs, harvest losses alongside giving subsidies, incentives and building well-established supply chain,” he said, adding that they have been working to introduce high-value agro-products and commercialising this sector.

“The government has taken quick measures at the Covid-19 period by giving Tk 200 crore for buying equipment for harvest. Over Tk 3,000 crore has been allocated in the budget for mechanisation of agriculture,” he added.