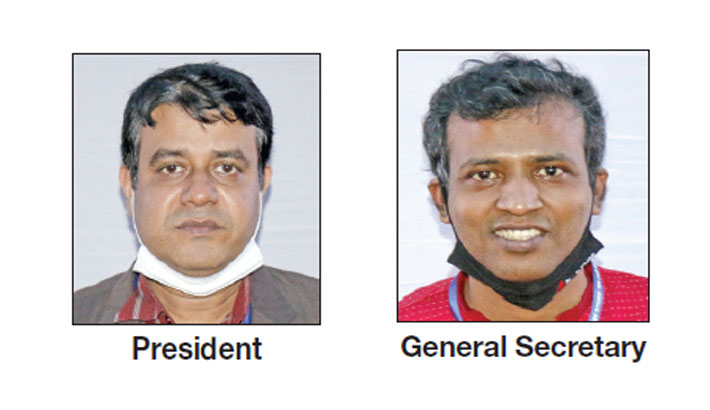 Monjurul Ahsan Bulbul, who was the Election Commissioner at the DRU election, announced the results in the evening.

Amid enthusiasm and great festivities, 1,381 voters out of 1,693 cast their ballots to elect the DRU’s executive committee for the year 2021.

The election was held at Nasrul Hamid auditorium of the DRU from 9:00 am to 5:00 pm without any break.

On the other hand, Moshiur Rahman Khan got 692 votes while two other candidates for the post — Tofajjal Hossain and Abu Al Mursalim Babla — received 426 and 238 votes respectively.