Mominul to go under the scalpel 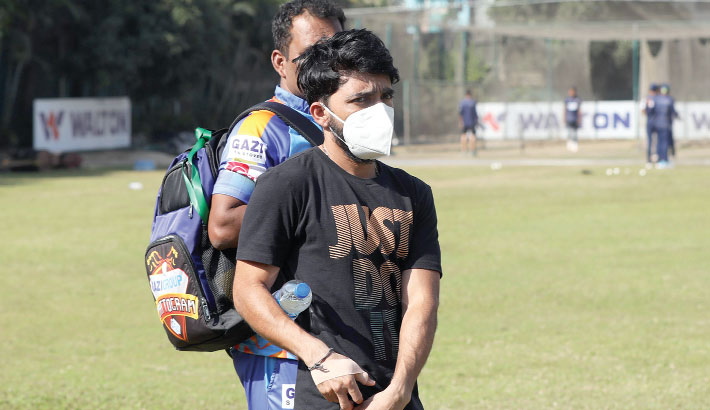 Bangladesh Test skipper Mominul Haque will require operation for his thumb injury which ruled him out of the ongoing Bangabandhu T20 Cup, said a Bangladesh Cricket Board (BCB) official on Monday.

Mominul injured his finger while fielding but did not feel much pain and as a result came to bat but after returning to hotel, the condition of his finger started to deteriorate.

“We are yet to decide whether it (surgery) will be done in the Bangladesh or abroad but sending him abroad is not easy at this moment because restrictions regarding international travel. He needs the operation immediately so we are considering whether to do it here or abroad,” he said.

“Certainly he is ruled out of the ongoing tournament while it is too early to comment about his availability in the West Indies series,” he said.

Meanwhile, Chattogram can breathe a sigh of relief considering they will have the services of Mahmudul Hasan as the Under-19 batsman recovered from coronavirus and joined them in the ongoing tournament.