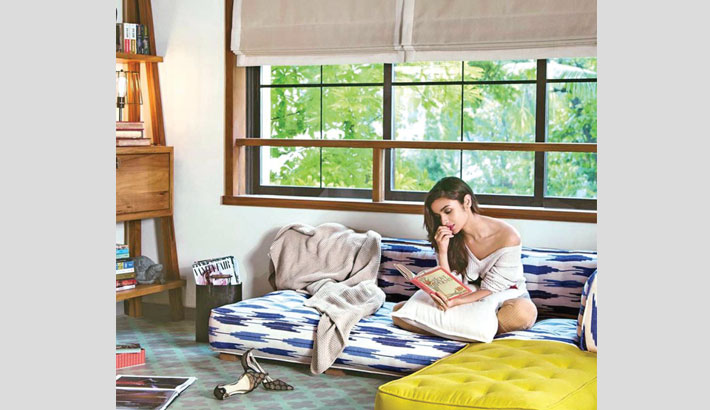 Bollywood actress Alia Bhatt has bought a new flat in Mumbai. While she already owns a place in Juhu, this one is located in Bandra.

The young actor already owns two houses, one in Juhu and another one in Covent Garden in London. She shares her Juhu home with her sister Shaheen.

According to a report in Pinkvilla, the 2,460 sq ft apartment is in the same apartment complex where her boyfriend Ranbir Kapoor has his bachelor pad. While Ranbir stays on the 7th floor, Alia has reportedly bought a place on the 5th floor of the same Vaastu Pali Hill complex for a whooping Rs 32 crore. Incidentally, the tower is close to Kapoor family’s Krishna Raj bungalow.

The report further states that Alia has entrusted interior designer and producer Gauri Khan with the task of doing the interiors. In 2016, it was Gauri who had done up the interiors of Ranbir’s pad too. On Laxmi pujan day, the Bhatt family conducted a havan in the company of some of her close friends including filmmaker and mentor Karan Johar and her Brahmastra director Ayan Mukerji and Ranbir.

In an interview to Economic Times in February this year, Alia had mentioned that her Juhu flat, that she reportedly bought for Rs 13.11 crore, was the first property she ever bought. Speaking about her financial planning, she had said: “I still don’t understand investing, but over the years, I’ve become keen to learn more. My home in Mumbai (Juhu, Mumbai) is the first property I bought. I invest in FDs and bonds. Mutual Funds are good, so I’ve been told.”