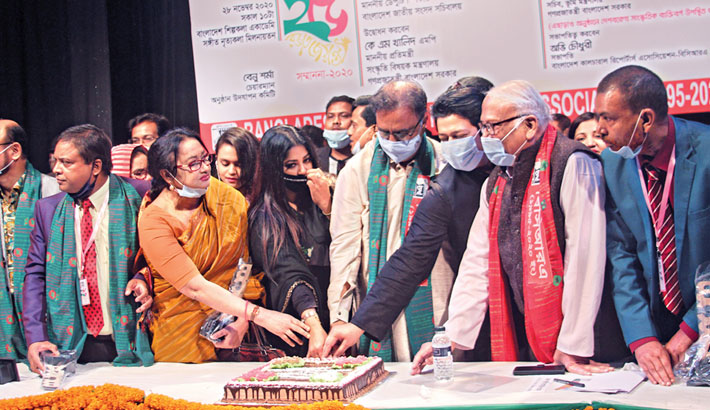 State Minister for Culture KM Khalid inaugurated the function at 10:00am at the Music and Dance Auditorium of Bangladesh Shilpakala Academy. Deputy Speaker Md. Fazle Rabbi Miah joined the programme virtually as the chief guest while Land Secretary Maksudur Rahman Patwari attended it as the special guest.

Thespian Ataur Rahman was given the ‘Lifetime Achievement Award’ at the event. Journalist leader Molla Jalal was honored for his unique contribution in writing songs and Falguni Hamid was honored as a cultural personality. Shaban Mahmud and Farida Yasmin were also honored for their contributions to journalism.

In addition, BCRA Silver Jubilee Award-2020 was given to some meritorious people in different branches of the cultural arena.