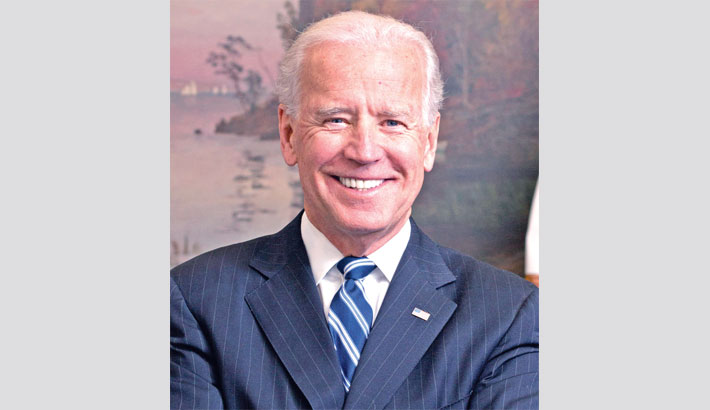 BEIJING: As tensions between the US and China continue to worsen under the current President Donald Trump’s administration due to Beijing’s human rights violations and hiding vital information regarding COVID-19, a leading economist said that incoming Biden administration might impose sanctions thus affecting the Chinese economy next year.

David Li Daokui, a professor at Tsinghua University and a former adviser to China’s central bank, according to South China Morning Post warned that economic planners should not rule out the possibility of a Trump comeback in 2024 and added that President-elect Biden might “continue Trump’s hard-line approach to China.”

“If you ask me what are the risks facing the Chinese economy next year ... Number one, will Biden introduce restrictive policies that are precisely targeted at certain China’s industries? That remains a question mark,” he said at the China Macroeconomy Forum, report agencies.

He added, “Next year, China’s foreign policy, certain industries and certain companies are likely to face some risks.”

The economist claimed that it would be much easier to communicate with Biden’s team than Trump’s administration. However, he said that China should still be prepared for a Trump comeback in 2024. “It is very likely [that Trump will run again], he is still very healthy,” Li said.

China must drop its illusion that its relations with the United States will automatically improve under President-elect Joe Biden’s administration, a Chinese government advisor has said, adding that Beijing should be prepared for a tough stance from Washington.

Zheng Yongnian, the Dean of the Advanced Institute of Global and Contemporary China Studies, a Shenzhen-based think tank, has said that the Chinese government should utilise every opportunity to mend ties with the US, South China Morning Post has reported.

“The good old days are over... the cold war hawks in the US have been in a highly mobilised state for several years, and they will not disappear overnight,” Zheng said in an interview on the sidelines of the Understanding China Conference in Guangzhou recently.

Biden pledged that he would force China “to play by the international rules” regarding trade, treatment of foreign companies, and its actions in the South China Sea if he is elected to office.”We need to be having the rest of our friends with us saying to China: these are the rules. You play by them or you’re going to pay the price for not playing by them, economically,” said Biden during a Presidential debate.