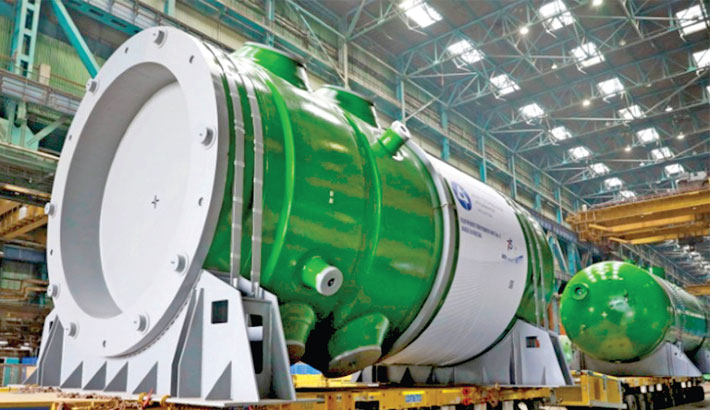 The Commercial Operation Date (COD) of Rooppur Nuclear plant may be delayed by 4-6 months as the Nuclear Power Plant Company Bangladesh Ltd has rescheduled the implementation roadmap due to the disruption caused by the corona pandemic.

Besides, the Russian Contractor has sought to activate the ‘force majeure’ provisions in face of the global pandemic, reliable sources confirmed. As per requirement of the Russian contractor JSC Atomstroyexport, the government has rescheduled the project implementation period this month.

The Finance Ministry of the Russian Federation has allocated $1600 million in the current year with the condition of 0.5 per cent of commitment fees as per the IGCA credit deal with Bangladesh for implementing the power project.

Bangladesh has so far spent $454.04 million out of the fund disbursed for the project in 2020. The foundation stone of the Tk 1130.92 billion fast-track power plant was laid in October 2013 and construction started on 1,062 acres of land in November 2017 after singing intergovernmental credit agreement (IGCA) in July 2016.

Bangladesh’s Economic Relations Division may seek to reschedule the credit allocated for the current year to the Russian finance ministry as COVID-19 crisis slowed down the progress of the project in the current year, sources said.

“They (contractor) have already sought force measure to delay the power project. We have asked them (contractor) to implement the project as per the schedule, but the delay in the installation of the evacuation line may delay of commercial operation date,” said Science and Technology Minister Architect Yeafesh Osman.

The construction work of the unit-2 is also progressing. 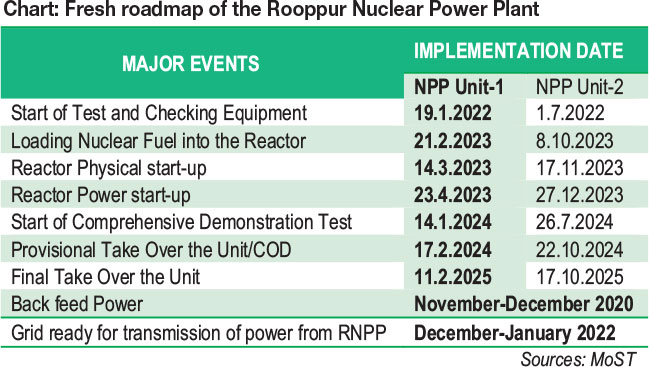 Some 2417 foreigners are now working for NPP site and another 2500 foreigners will join the project within December.

A third-generation technology is being used to construct the plant with a five-layer security system. With the first nuclear power plant at Rooppur, Bangladesh will become the third Asian country -- after India and Pakistan -- to harness the power of atoms.