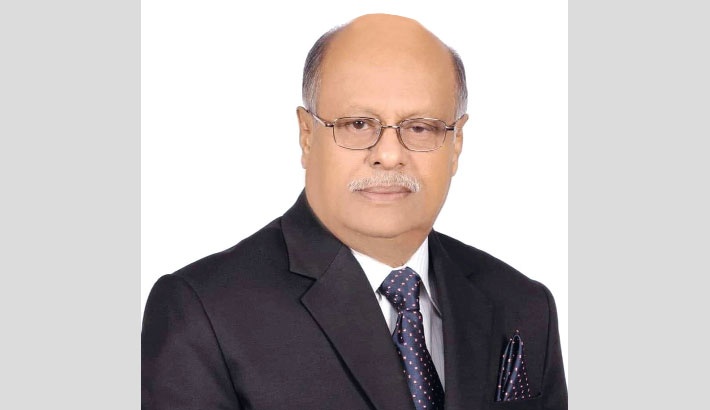 Mohammad Abdul Hannan Khan, freedom fighter and chief investigator of International Crimes Tribunal (ICT), passed away on Sunday while undergoing treatment at the Combined Military Hospital in Dhaka. He was 78.

Hannan Khan was suffering from coronavirus infection. He was admitted to the hospital on Thursday with multiple physical complications including brain stroke and cardiac disease.

Khan and his family members tested positive for coronavirus on the same day.

President Abdul Hamid and Prime Minister Sheikh Hasina expressed profound shock and sorrow at the demise of Mohammad Abdul Hannan Khan. In a message of condolence, the president said, “Mohammad Abdul Hannan Khan made important contributions in collecting necessary testimony, evidences and documents and presenting them in the Bangabandhu murder case, Jail killing case and cases regarding crimes against humanity.”

He prayed for eternal peace of the departed soul and conveyed deep sympathy to the bereaved family members.

In a condolence message, the premier recalled his contribution with due honour that Abdul Hannan Khan performed his duty with utmost dedication and efficiency as the chief coordinator of the investigation wing in Father of the Nation Bangabandhu Sheikh Mujibur Rahman murder case and the jail killing case.

Sheikh Hasina said that he also did his job with honesty and bravery as the chief coordinator of the investigation wing of the ICT.

The premier prayed for eternal peace of the departed soul and conveyed deep sympathy to the bereaved family.

Different political parties, including Awami League, Jatiya Samaj Tantrik Dal (JaSaD) also expressed deep shock and sorrow at his death. Hannan Khan retired as an additional deputy Inspector General of Police. His role was crucial in the investigation of Bangabandhu murder case and jail killing case as he worked as the chief coordinator of the investigation team of these historic cases.

Following the reforms of the International Crimes Tribunal (ICT), Khan was appointed as a senior investigator of the organisation on January 11, 2011