Keya wishes Camelia on her birthday 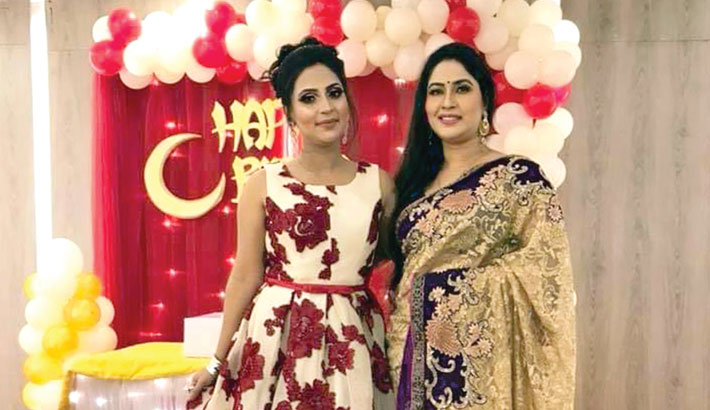 On Friday was the birthday of promising actress Camelia Ranga. The actress arranged a get-together party to celebrate her birthday at a restaurant in the capital Gulshan 2 area. Actress Keya, Zakir Hossain of production house ‘Sky Studio’, industrialists Nasir Uddin, Sayed Kamrul, actor Omar Malik, director Tanvir Hasan, were, among others present at the programme to wish her in this auspicious day.

Talking about the programme, Camelia said, “It was an unplanned programme. Suddenly I arranged it. My family members and some nearest person were present at the programme.”

Camelia Ranga is a model and actress of the country. She has earned huge positive response for her role in the movie ‘Nuru Mia O Tar Beauty Driver’ opposite prominent actor Fazlur Rahman Babu.

Recently, the actress has completed the shooting of a movie titled ‘Shekol’. Written by Jewel Rana, Drishty Tonmoy has directed it. Actor Omar Malik will be seen acting with Camelia in the film which will be released on theatre soon.