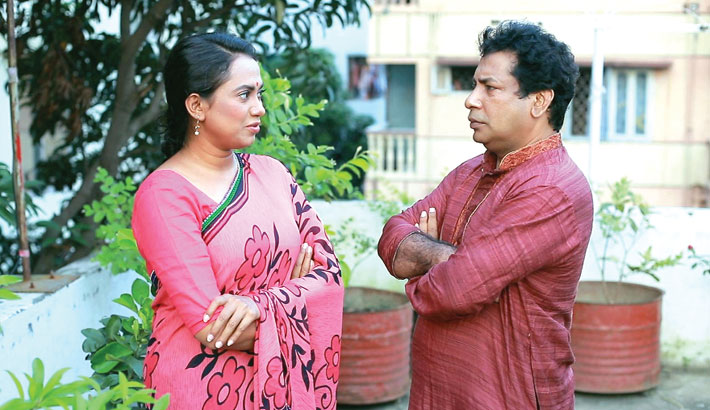 The 100th episode of drama serial ‘Chan Biryani’ will be aired on Maasranga television at 08:30pm today. The serial is being aired on the channel on every Sunday, Monday, Tuesday and Wednesday.

The story of the serial is that, Tara Mia and Badshah Mia are cousins but they cannot tolerate each other. Tara Mia is the owner of the popular ‘Chan Biryani’ shop, however, Badsha Mia has launched another Biryani shop named ‘New Chan Biryani’ just opposite Tara Mia’s shop. As a result, the competition between the two shop owners goes on all the time. Meanwhile, Badsha’s sister Hosne Ara likes Tara Mia. She meets him in various ways. Tara Mia also likes her. But the mother of two quarrels regularly. The story continued.