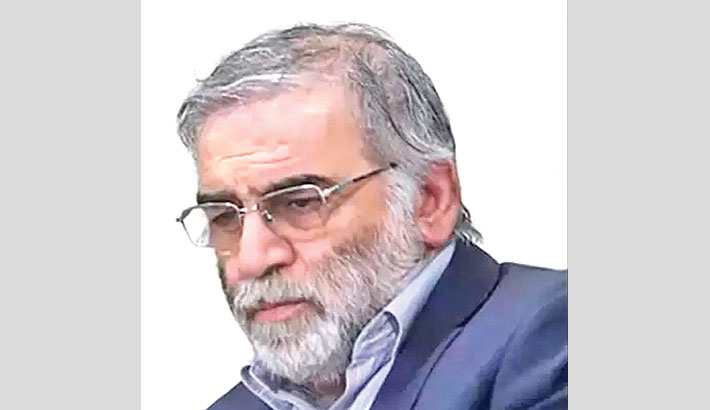 Islamic Republic’s supreme leader Ayatollah Ali Khamenei called for the perpetrators to be punished for Friday’s killing, while Rouhani stressed the country would seek its revenge in “due time” and not be rushed into a “trap”.

Mohsen Fakhrizadeh, who was dubbed by Israel the “father of Iran’s nuclear programme”, died after being seriously wounded when assailants targeted his car and engaged in a gunfight with his bodyguards outside the capital Tehran on Friday, according to Iran’s defence ministry.

The assassination comes less than two months before US President-elect Joe Biden is due to take office, after a tumultuous four years of hawkish US foreign policy in the Middle East under President Donald Trump.

“They are thinking of creating chaos, but they should know that we have read their hands and they will not succeed,” Iran’s president said in televised remarks.

He pinned the blame for the killing on “the wicked hands of the global arrogance, with the usurper Zionist regime as the mercenary”.