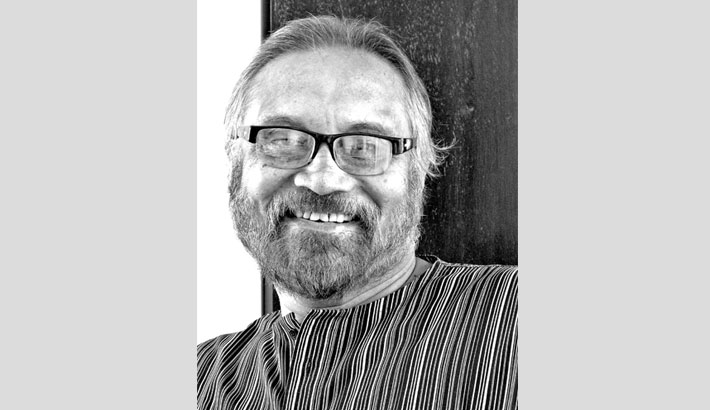 A pall of gloom has descended on the cultural arena of Bangladesh at the demise of iconic stage and TV actor Aly Zaker. The eminent actor breathed his last around 06:40am on Friday at United Hospital in the capital after a four-year battle with cancer.

Earlier, on November 17, Aly Zaker was admitted to Bangladesh Specialized Hospital, due to cardiac issues. He was diagnosed with Covid-19 two days before to his death.

Zaker left an indelible mark on audiences with memorable performances on stage and television. The demise of the legendary actor is an irreparable loss to the country.

Cultural personalities of the country, including actors, directors, singers, screenwriters mourn the death of the great artiste.

Fans mourned the demise of their beloved ‘Boro Chacha’ (his character from Aaj Robibar) by sharing post and pictures on the social media.

Born on November 6, 1944, in Chattogram, Aly Zaker is a freedom fighter and an artiste of Swadhin Bangla Betar Kendra during the liberation war of 1971. After independence, he started his journey as an actor. He became one of the most successful actors on stage and television through playing a wide variety of roles.

Aly Zaker’s acting career as a thespian began with theatre troupe ‘Aranyak Natyadal’ in 1972. He performed in Munier Chowdhury’s play ‘Kabar’ in the same year. Later, he joined Nagorik Natya Sampradaya and remained with the troupe until his death.

He directed 15 plays and acted in 31 for his troupe till 2019, including Kopenik-er Captain, Galileo, Nurul Diner Sara Jibon, Macbeth, Achalayatan, Dewan Gazir Kissa. His performances in the role of Nurul Din, Galileo and Dewan Gazi earned him huge fame.

The artiste received Ekushey Padak, the country’s second-highest civilian award in 1999. He also got Bangladesh Shilpakala Academy Award, Bangabandhu Award, Munier Chowdhury Award, Naren Biswas Award and many other accolades throughout his career. 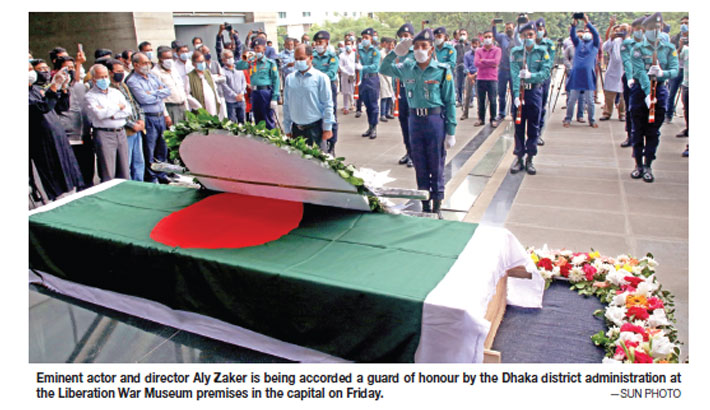